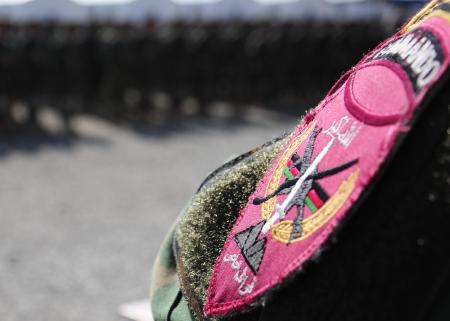 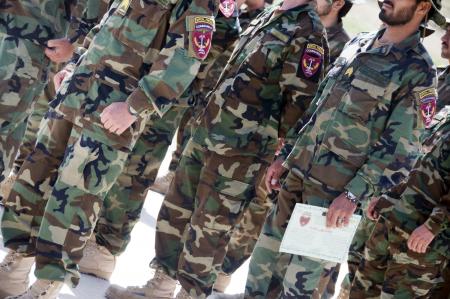 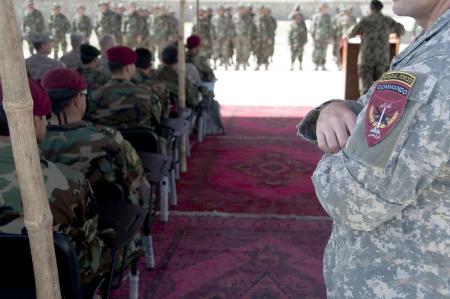 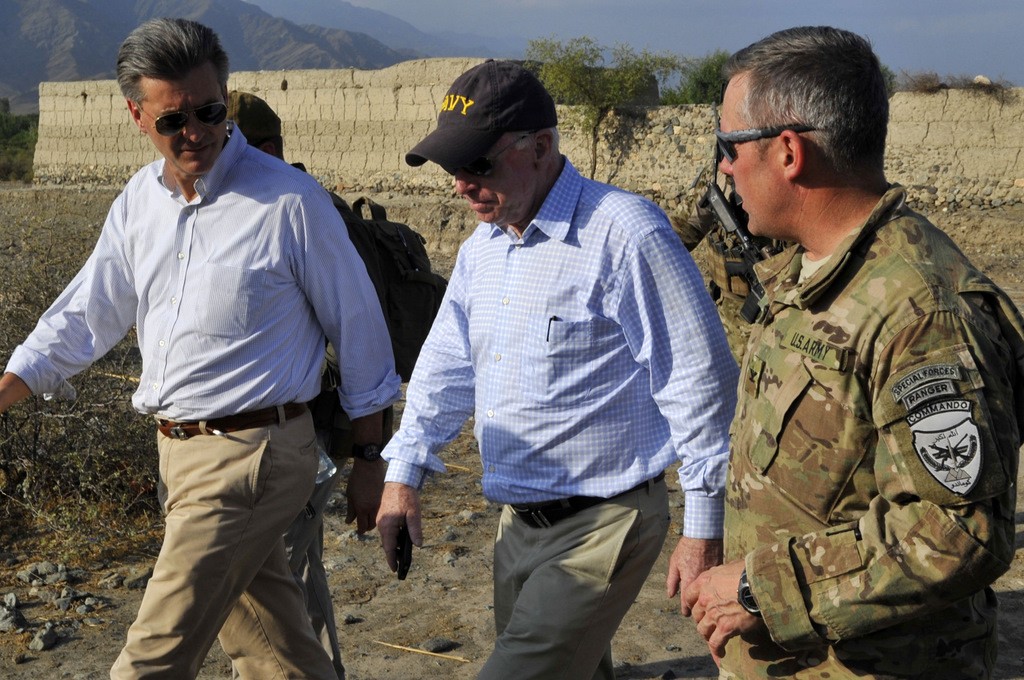 A picture of the red skull patch being worn in the field by an ANA Commando. 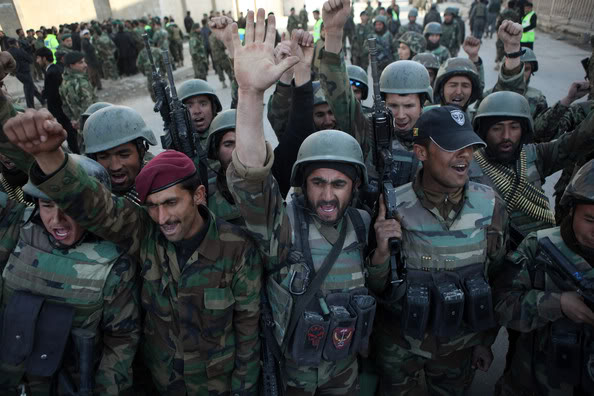 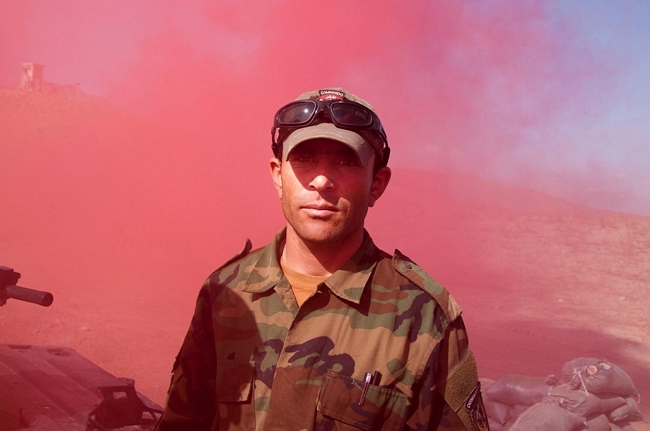 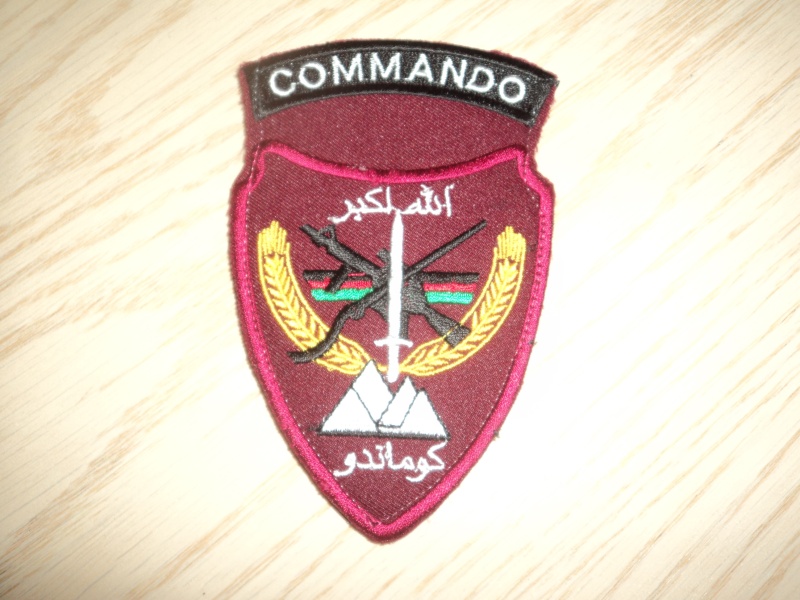 I see nothing wrong with your patch. There are many different variations of this patch. Nice addition to your collection!
ladrang

nkomo wrote: I see nothing wrong with your patch. There are many different variations of this patch. Nice addition to your collection!

Hi thanks for your comments, I will start a little collection of afghan patches

Afghan National Army Commando patches. All these patches are velcro backed. Top to bottom and left to right: 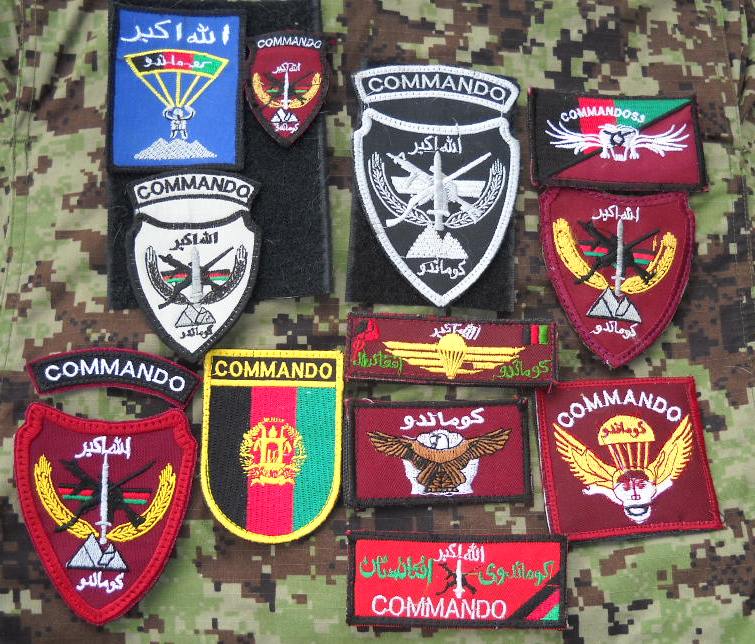 Wow that has to be the most legit ANA commando badges iv seen in one place!
Mercenary25

Arch, how did I missed it? You have a great collection of ANA Commando patches!
Nkomo

Thanks, Merc! I have missed several rare ANA patches over the years due to money issues or being outbid on Ebay. Right now, these patches are still pretty reasonable though. Finding the uniforms to display them on is another issue entirely.
aussie digger

Well i figured this could be a good place to discuss the variations of the ANA commando insignia with any history if possible.

First up is a full colour insignia with commando tab.

This patch was purchased by myself from a local tailor in Tarin Kowt, in Uruzgan province.

Subdued insignia with commando tab on a tan canvas type material, uncertain where this patch came from.

Another subdued insignia with commando tab this time in grey, again uncertain as to where this one came from.

Grey subdued insignia with both commando and special forces tabs, this was aquired along with the next two by a US serviceman around Bagram.

"subdued" maroon insignia from the same source around Bagram.

Full colour insignia with commando and special forces tab again from around bagram.

And here they are all together for size referance. If you have any other variations feel free to post them or send them to me, im always looking for more!

Yep, it's my turn to own some of those patches! I was fortunate that the seller was willing to trade with me. 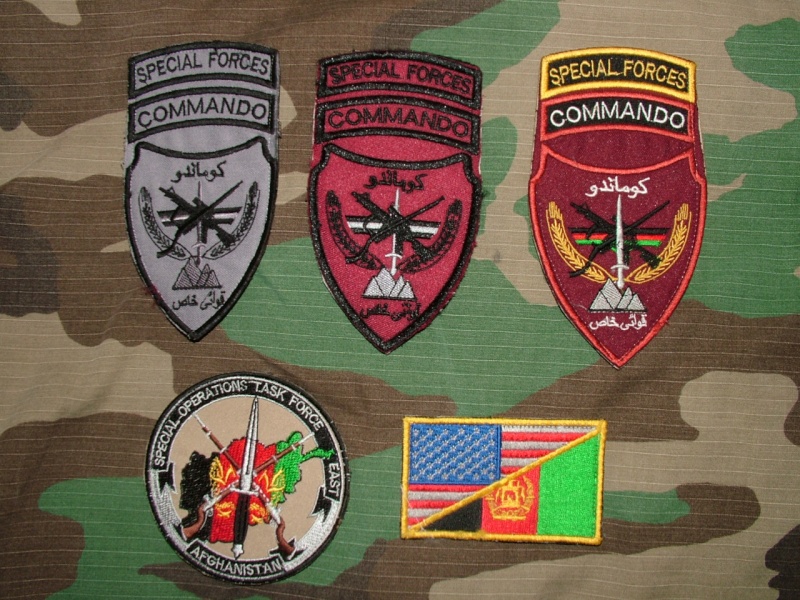 Very cool collection, merc, thanks for sharing them

Mercenary25 wrote:Yep, it's my turn to own some of those patches! I was fortunate that the seller was willing to trade with me.

Just fyi - 20th SFG(A) was assigned to Special Operations Task Force-East. For those of us that collect SF, SOF, and/or ODA insignia this patch could be referenced to 20th Group.

"Choosing to die resisting rather than live submitting they fled only from dishonor and to meet danger face to face." - Lieutenant General John F. Mulholland Jr, USASOC Fallen Soldiers' Memorial Ceremony, 25 May 2012.
Mercenary25

HEY HOW CAN I GET PATCHES FROM ISAF?
Nkomo

I would try Ebay. If you search through the militaria section, you should find some there. Hope this helps.
JKin

bond007a1 wrote:Here are a photo I came across on the internet today Jan 18th 2010, showing the patch on both Afghans 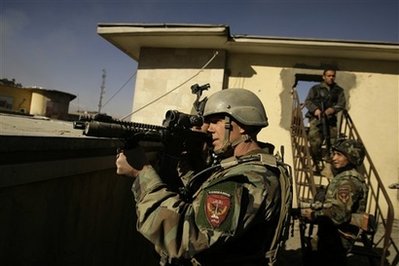 Just thought Id point out, the guy closet to the camera is a SF soldier, not an Afghan.
aussie digger

A couple more patches. Im pretty certain the Afghan patch shops are producing these more for coalition troops to buy than for ANA commandos!

I like the OD green variety! Any idea if those were worn?
aussie digger

I havnt found any myself as yet. Had to get them still or with my luck id knock them back then have a series of photos show up!