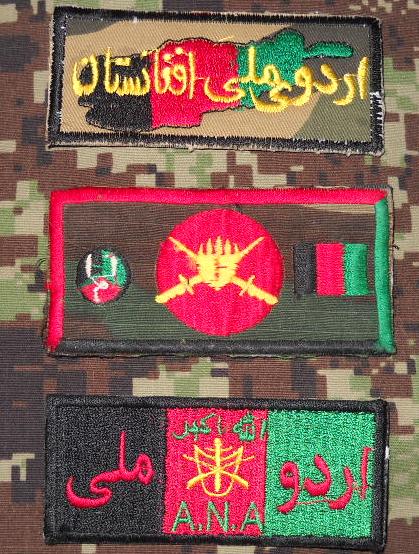 Great patches! Hopefully this forum can become an online referance for ANA militaria. As is it would have to have the most info available in one place!
173rdvet

nkomo,
I was able to trade for one that has a tank on it from an armored afghan unit. Not sure what vehicles they have. I'll take a pic and post it.
Nkomo

173rdvet wrote:nkomo,
I was able to trade for one that has a tank on it from an armored afghan unit. Not sure what vehicles they have. I'll take a pic and post it.

Not sure what they would use either. The ANA has been getting a lot of military assistance from NATO nations.
Nkomo

I am posting this patch for 173rdvet. 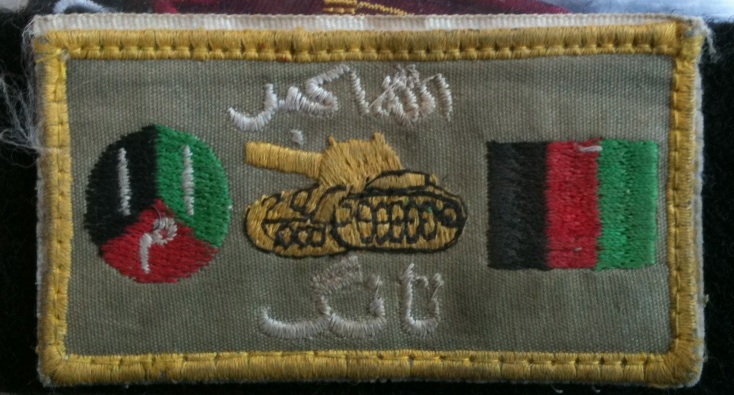 I just get this patch from a french mentor.

So, I understand that it is another version of the basic ANA infantry title. 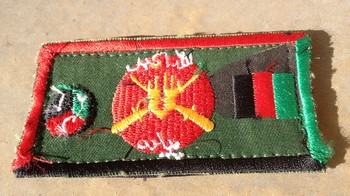 Nice patches. They have "job title" patches for all kinds of stuff and different versions of them too. I have some but I don't have access to them right now.

I was just looking through my photos and saw one of a guy wearing that exact Armor patch. I know for a fact though that the closest thing he had to a tank was an old Humvee. I have one of those patches too. It actually phonetically spells "Tank" at the bottom and says "Allahu Akbar" at the top. Not sure if its actually meant for real ANA tank units or not but I know the ANA I was with would get these patches from bazaars and if they liked what it said or looked like, they would wear it. Didn't matter if they weren't Commandos, Snipers or didn't have a tank. Whatever they though was cool was what they wore.
airborne1968

nkomo wrote:  I am posting this patch for 173rdvet.

Excellent patch. I believe the ANA have only one Armor brigade located IVO Kabul so this is not a common patch and probably harder to find than any of the commando insignia. Now, there might be an armor battalion in the mech brigade as well.
Tom
JoeD 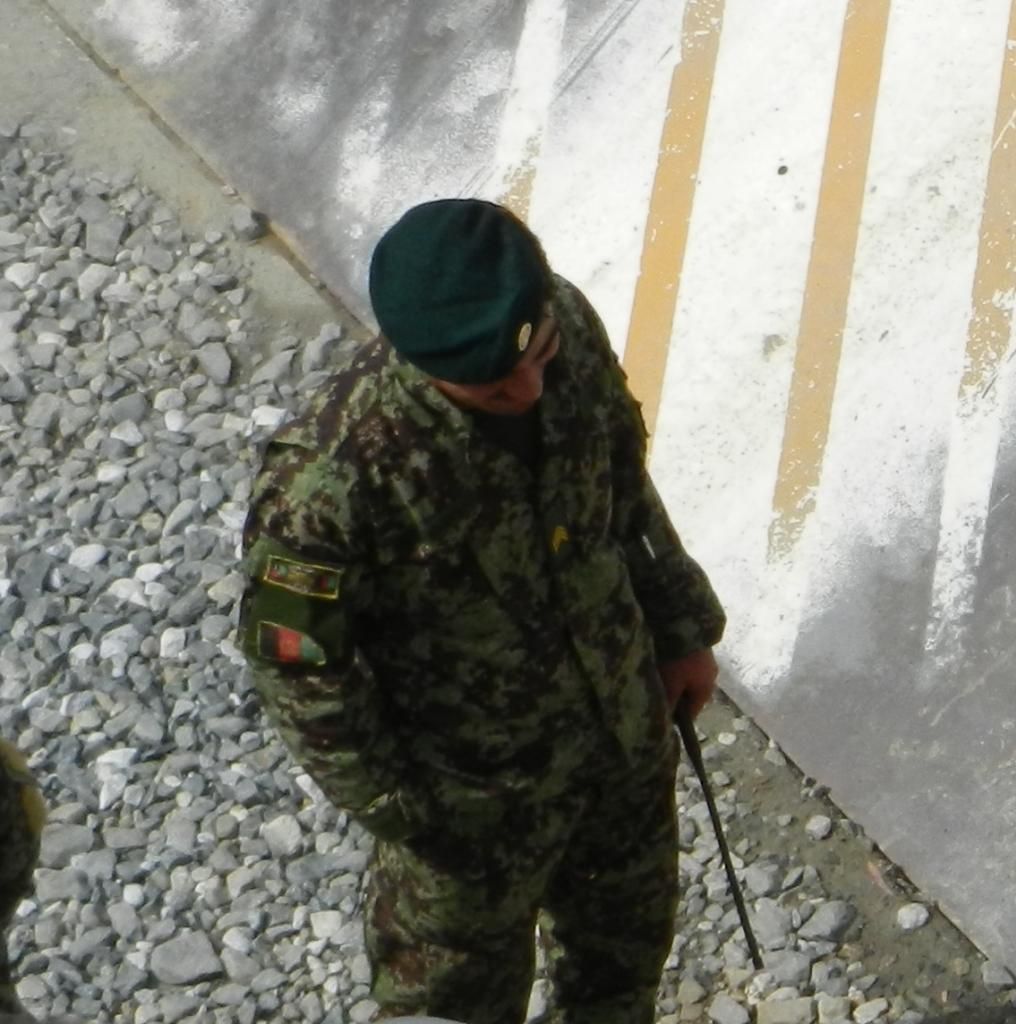 Heres the photo I mentioned. Im sure if you look online there will be better ones but this is just something I cropped out of a photo I took. Like I said, this guy is not an actual tanker he just liked the patch.
Sponsored content