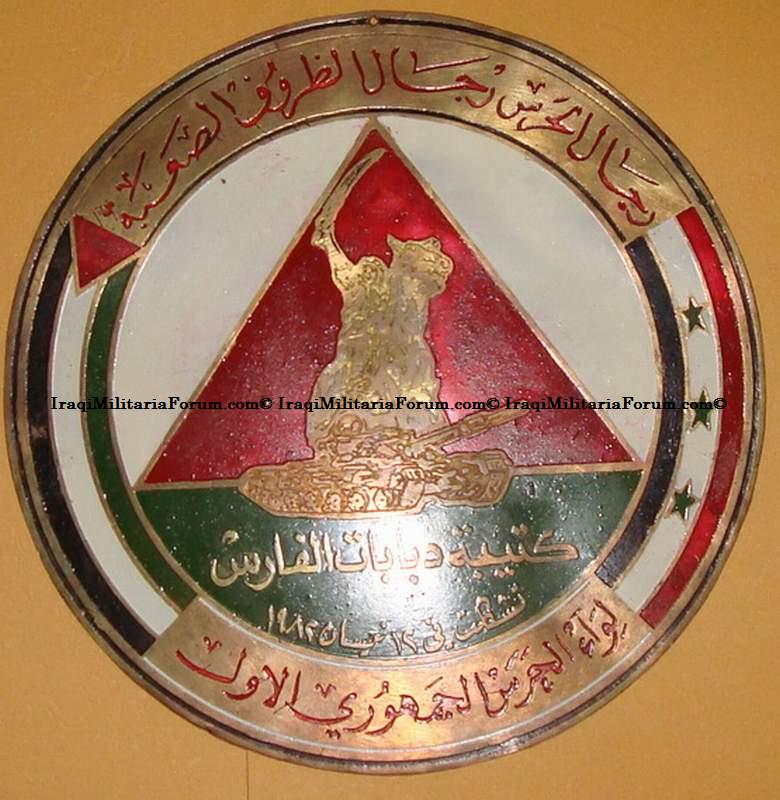 - This Tank Armor Battalion was formed on the 12th April 1982

Established for the 1980-88 war with Iran in Saddam Hussein’s al Qaddasyia.