This is all just a guess but my gut tells me it's right. 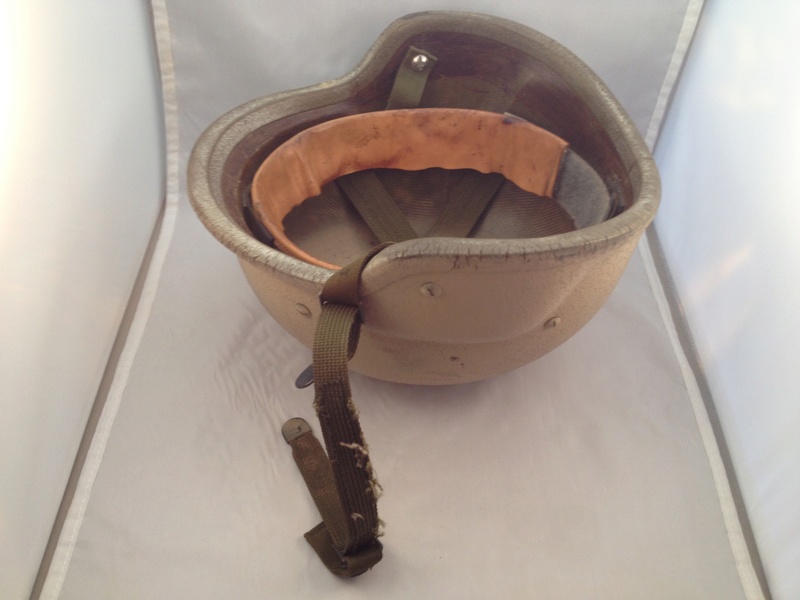 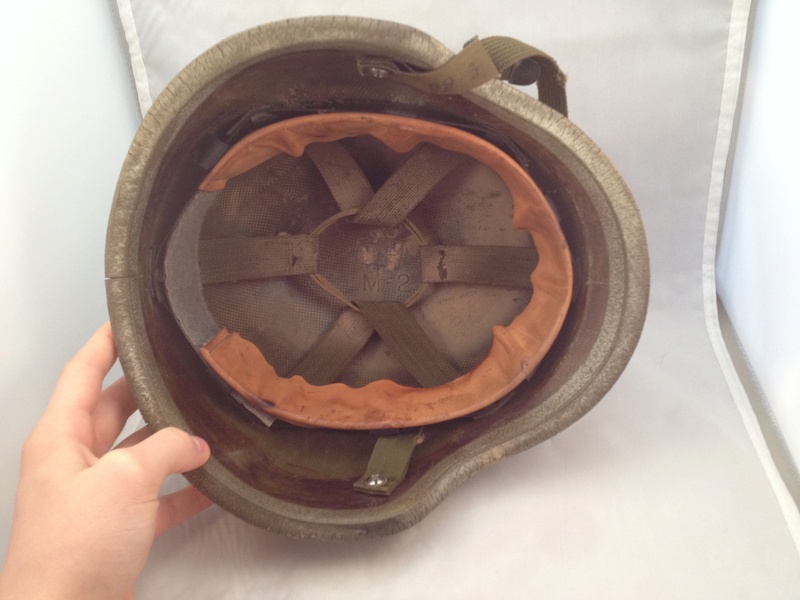 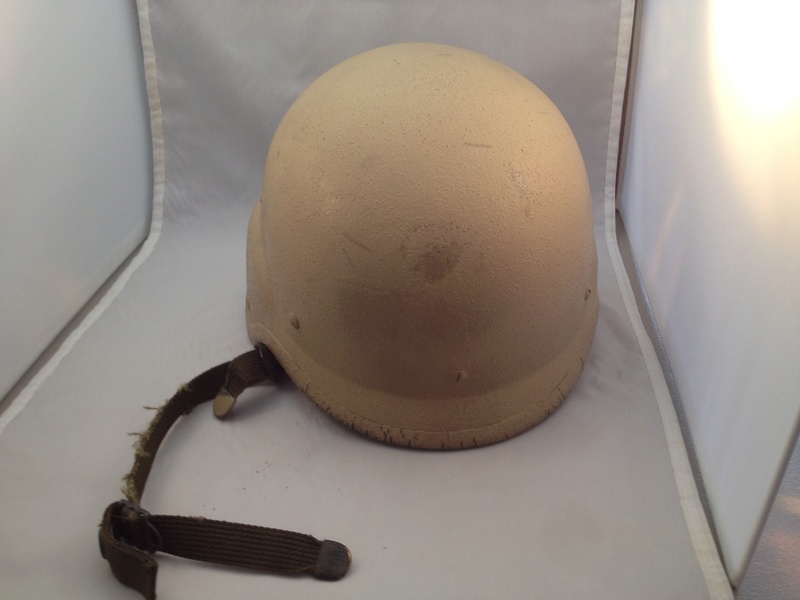 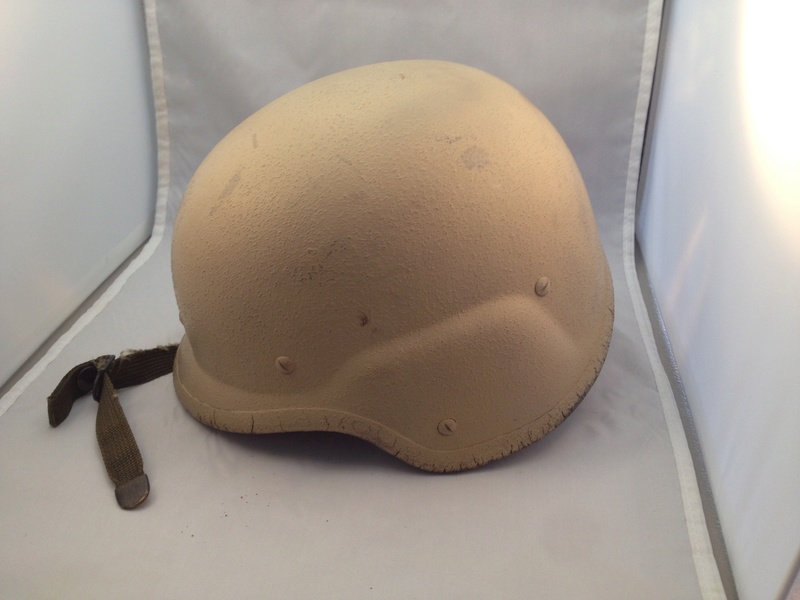 To me there is no question that it was used in the middle east, it's got the same sand inside that I have found in a lot of my Saddam era Helmets, the only question is who used it? A journalist? A contractor? Or an Iraqi soldier?

It has at least 4 different colors of tan paint on it, although it's hard to tell from the photos, some are big drops, and some is just over spray.

All the different colors of paint make me think it was close to a bunch of other helmets done in an assembly line fashion, which makes me think it was done for a whole units of the IRaqi army, not a one-off for a journalist.

Part of the chincup has been removed, perhaps the wearer just didn't like the feel, or perhaps they had a beard and couldn't wear it as it was intended to be worn. 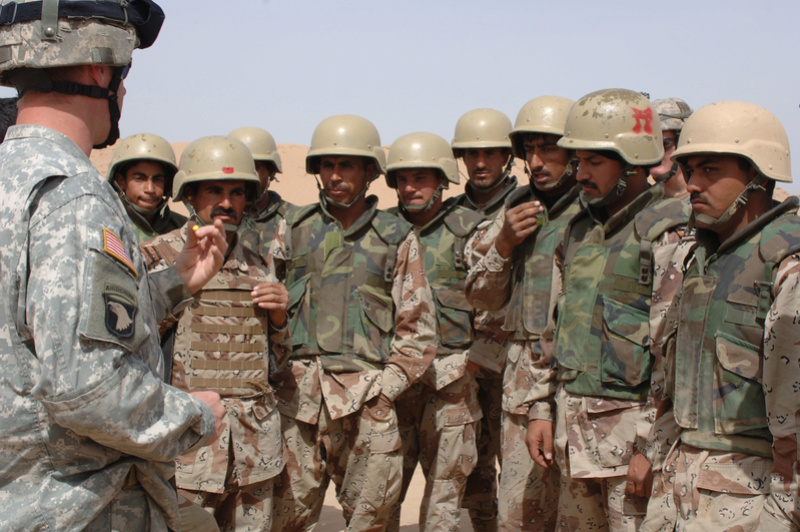 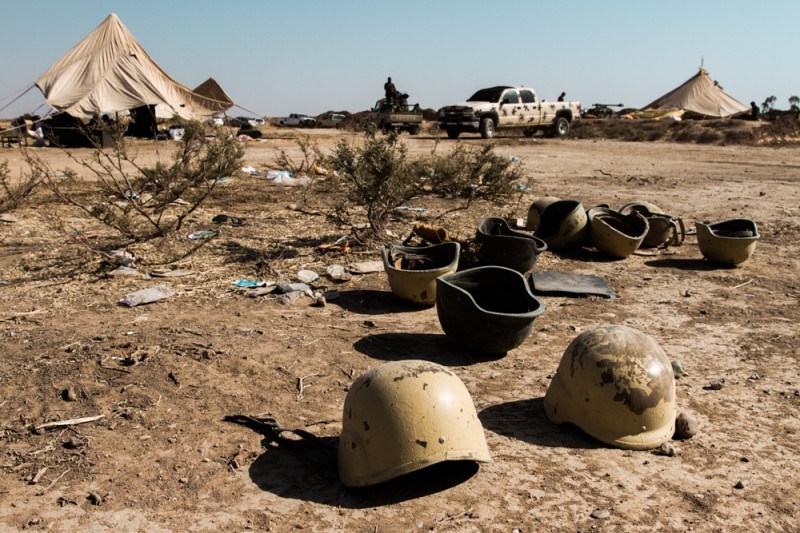 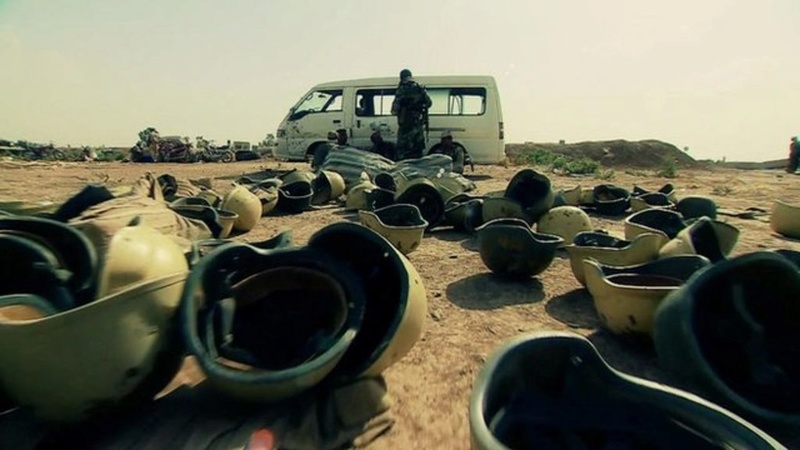 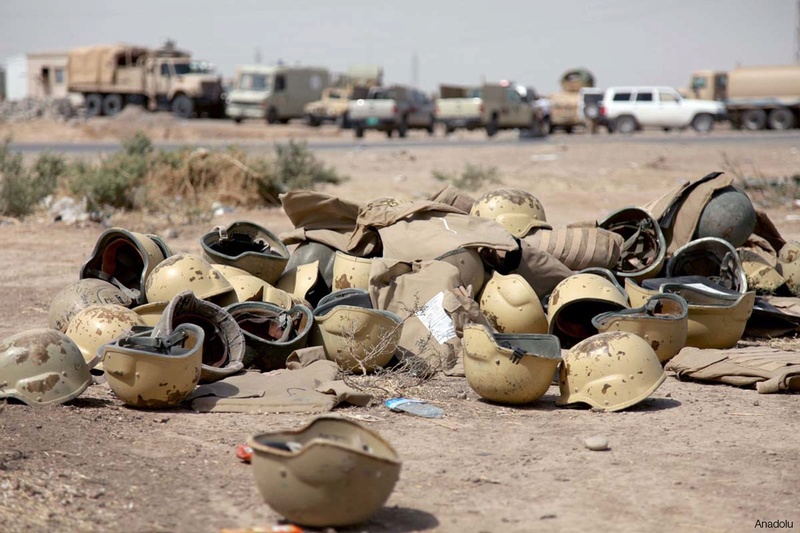 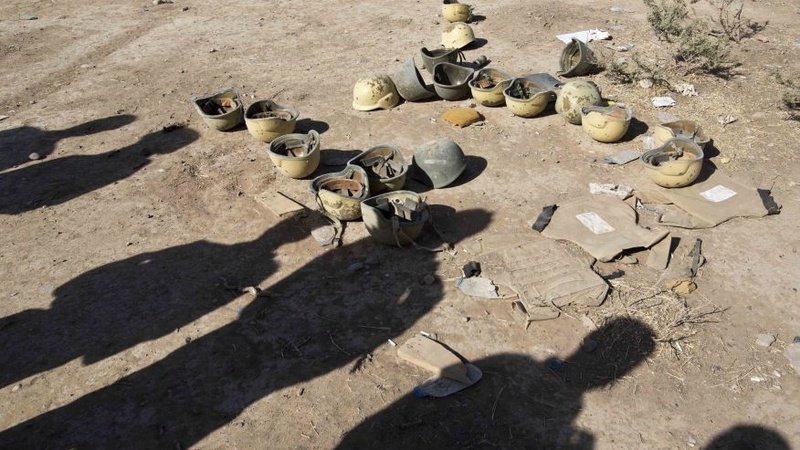 Similar helmets abandoned by Iraqi troops, perhaps that is how my helmet got the sand inside

I plan to display it upside-down with a large professionally done print out of the helmets laying on the ground behind it.
artur95

Great idea about displaying the helmet with photo! I have a bunch of coalition stuff that was dumped by a unit rotating back home and picked up by a US soldier. He actually took a photo of the pile. I might do the same type of display with my items.
Cap Camouflage Pattern I

Wow! That sounds great, have you posted it on this forum? I'd love to see it.
artur95

All of the Ukrainian stuff came from dumpsters being packed by the 5th Mech Brigade as they were rotating back home. The seller had ALOT more available. He had a pretty good relationship with the postal clerks to say the least!
Cap Camouflage Pattern I

One man's trash is another mans treasure!

Lucky your desert uniforms are on the top of the pile so they show up well in the picture.

Crazy that the Ukrainians were still using leather in the 21st Century.
artur95

I thought the same thing about the leather but according to the vet, he didn't see them actually wear any of it. Pretty strange. The leather stuff is dated from the 80s and so were some Soviet uniforms that were also found. Most likely the older guys just brought their old issued gear along.
Sponsored content