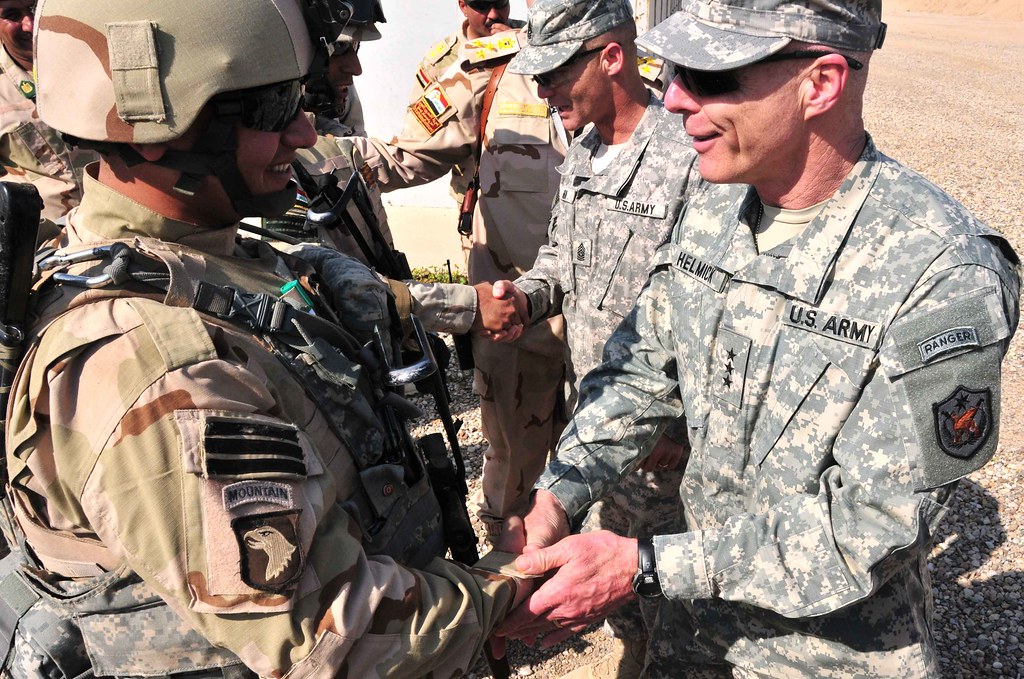 Notice the odd helmet cover with the pocket and the strange assortment of patches, the 101st looks like a error, where all the black is not filled in.
bryanbg

He's very likely victim of a prank by one of his buddies. We screwed with each other all the time.

I once ate lunch at one of the larger dining facilities on Camp Victory, and afterwords discovered that my guys affixed an "ASS CLOWN" tab to my uniform!
RedLegGI

The guy in DCU is Iraqi. Not uncommon at all for them to wear an amalgamation of tabs, patches etc on their uniforms from units they've worked with.
Sponsored content