Not sure what exact this patch is for. Possibly for Iraqi Soldiers who were assigned to the 101st or something that the 101st advisers would have worn. 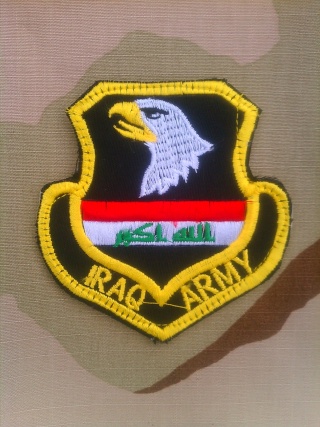 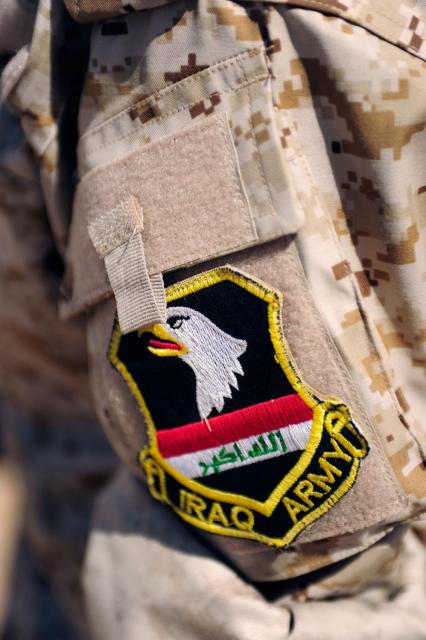 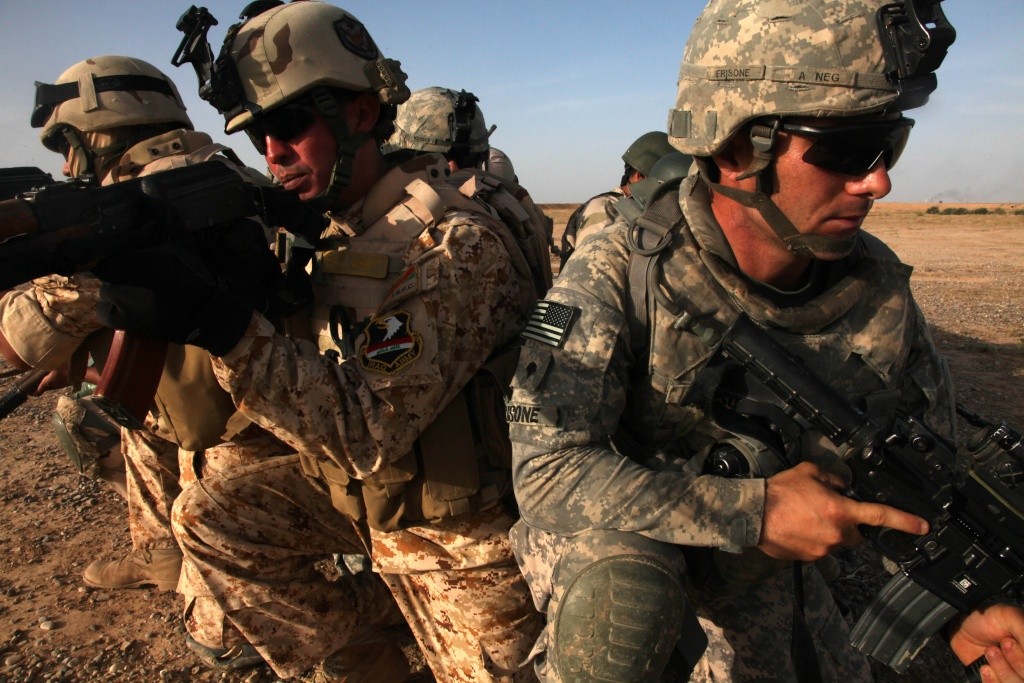 A few years back, I was watching a news channel and Richard Engel who is the Chief Foreign Correspondent for NBC news was being interviewed.
He started talking about General Petraeus and the success of the surge in Iraq. Apparently, the Iraqi's respected the General so much for turning things around that they adopted the 101st Airborne Screaming Eagle as their patch. The General wore this patch on his right shoulder.
That is why we saw so many of this style of patches. The first one I saw was in 2009, for Al Anbar Province,Governor Protection Detachment Arm Patch.
Bob
BM 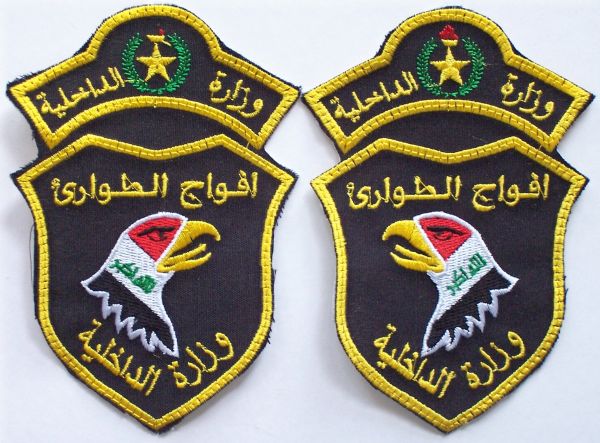 A 2012, Iraqi Army Shoulder Patches. Another set of "Screaming Eagle" patches.
Translation on arc: the Iraqi Army
Below on patch: Ministry of Defense.
Bob 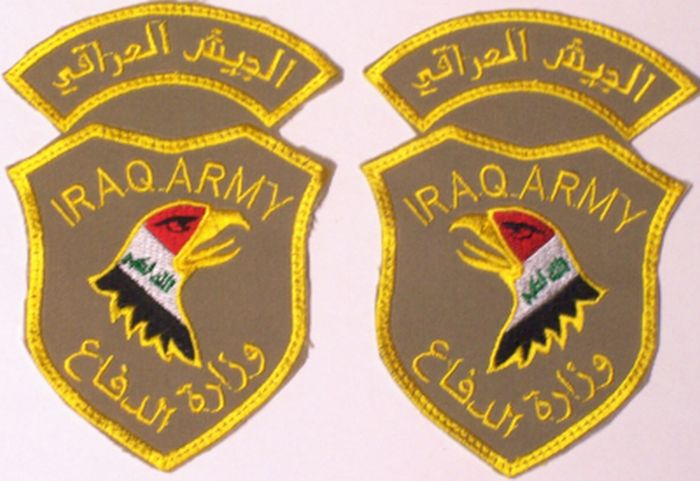 Realy nice patches and thanks for sharing the pictures.
Alan.
BM

Blue Devil wrote:Realy nice patches and thanks for sharing the pictures.
Alan.

Alan,
Thanks for the comment. There are many different patches of this style available
but only posted what hasn't been posted elsewhere.
Bob
Blue Devil