The NATO Training Mission-Iraq (NTM-I) was established in 2004 at the request of the Iraqi Interim Government under the provisions of UN Security Council Resolution 1546. The aim of NTM-I was to assist in the development of Iraqi security forces training structures and institutions so that Iraq could build an effective and sustainable capability that addressed the needs of the nation. NTM-I was not a combat mission but was a distinct mission, under the political control of NATO's North Atlantic Council. Its operational emphasis was on training and mentoring. The activities of the mission were coordinated with Iraqi authorities and the US-led Deputy Commanding General Advising and Training (DCG (A&T)), who was also dual-hatted as the Commander of NTM-I. The mission came to an end in December 2011.[1]


The crest of the NATO Training Mission-Iraq 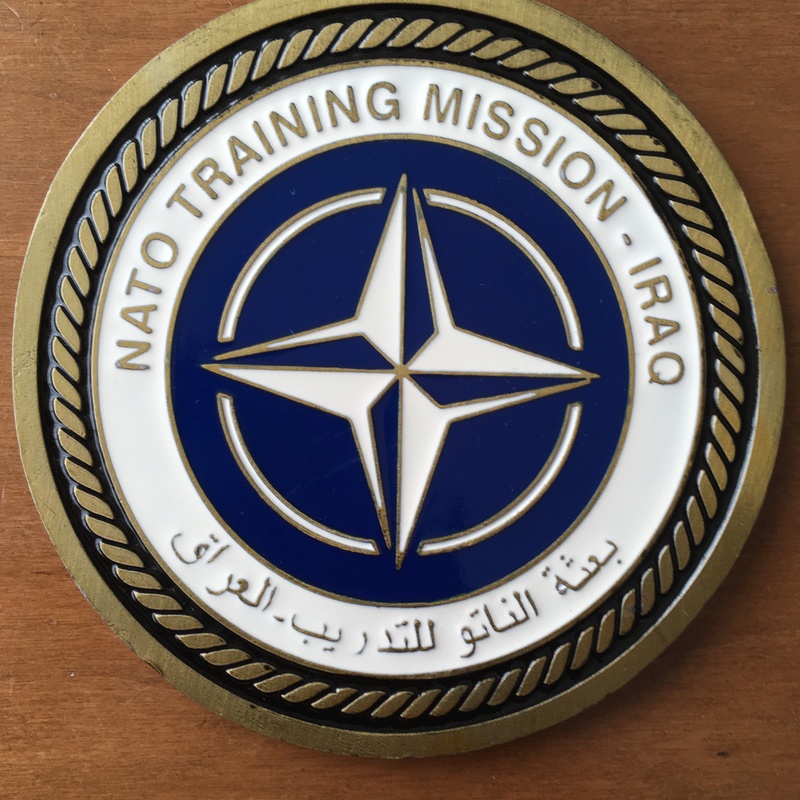 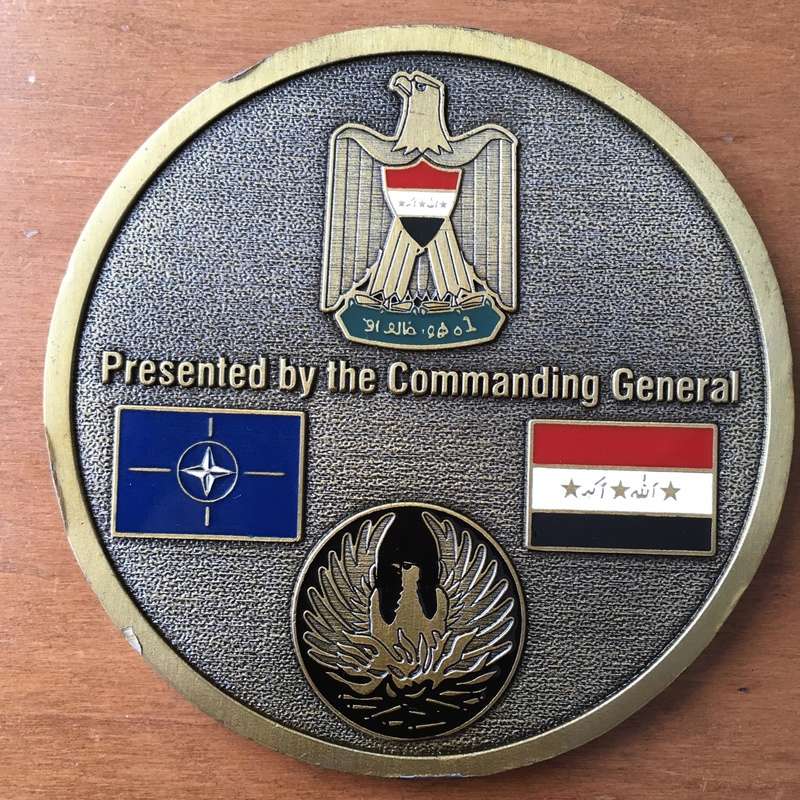 A big coin! its the size of a Beer Coaster 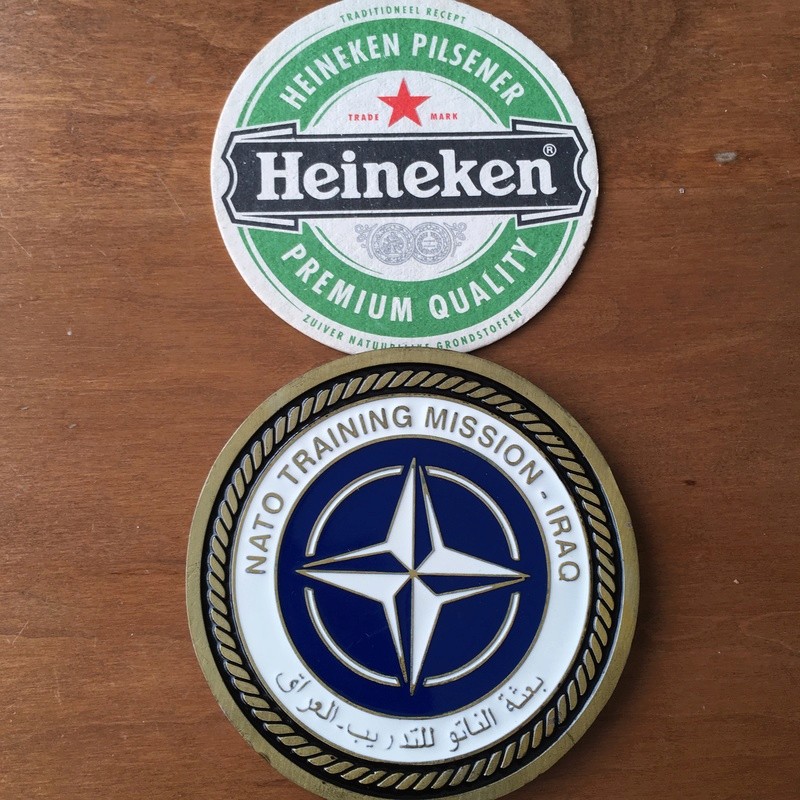 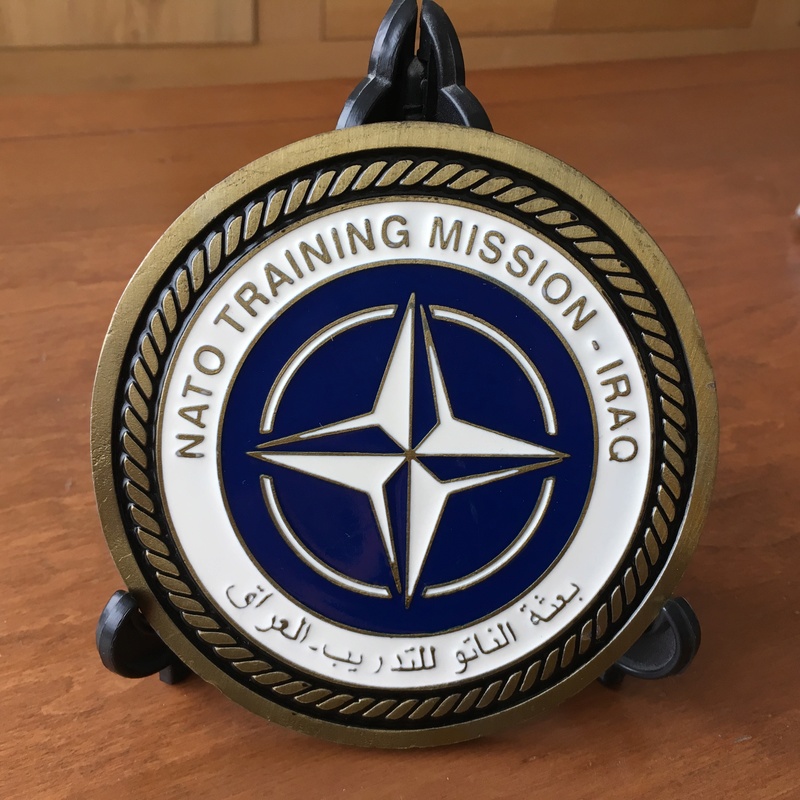 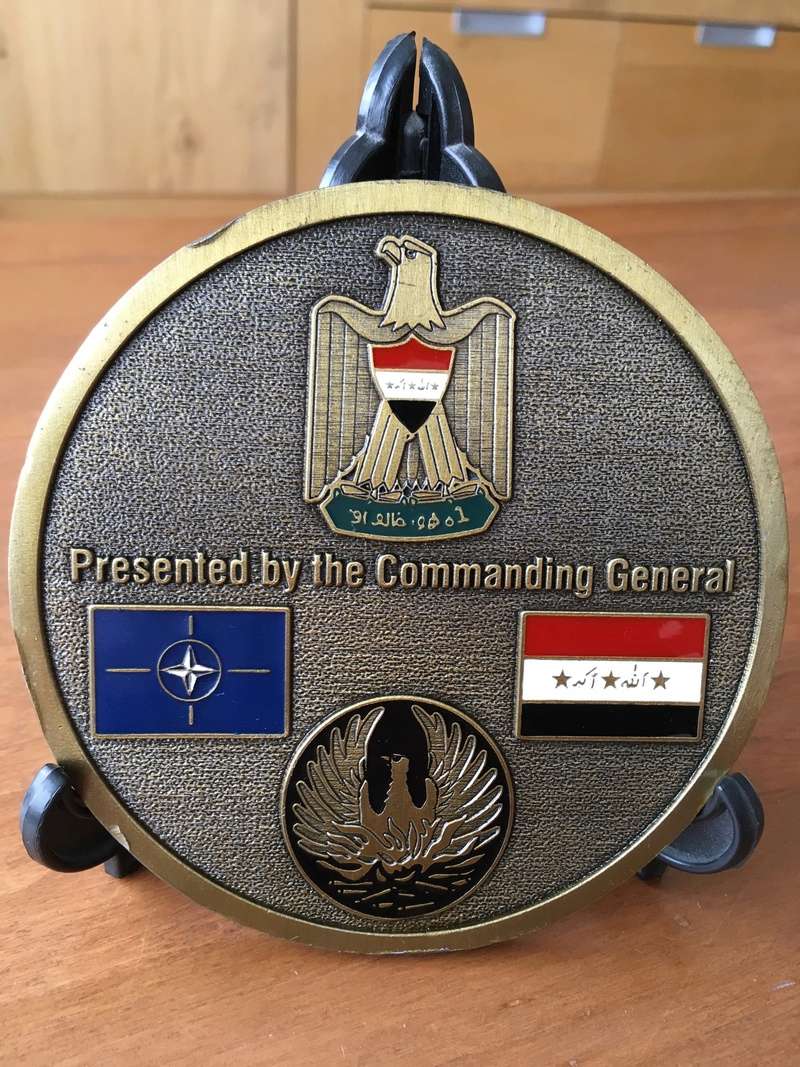 Thx Jeff! yes when i bought it(online) i expected a small normal size coin,but then this big coin,plaque was deliverd!what a nice suprise!

the latest information i found about it is: 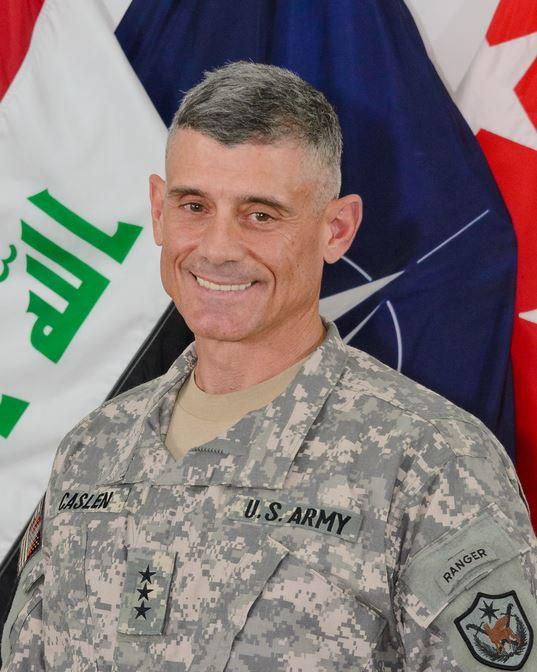