You are not connected. Please login or register
2 posters

The KDH Plate Carrier (PC) was flawed from inception. This system was fielded to us as part of the Rapid Fielding Initiative (RFI) prior to our 2011-2012 deployment to Afghanistan. Deficiencies noted include the following:

The KDH PC was the only armor system in the 2009 down select that had gaps in armor coverage. This should have immediately removed it from consideration. However, the requirements were written poorly – with square inches of overall soft armor coverage only, not ensuring that there was armor coverage for vital areas. This directly led to injuries to US Army Soldiers being made more severe than what they should have been. Bullet strikes and fragmentation / shrapnel damage in those gaps of armor coverage were reported. Had there been a cummerbund armor system selected, Soldiers would still have been Wounded In Action (WIA) but less so than they were.

Here is a photo of our teammate and grenadier. Method Of Injury was shrapnel/fragmentation from a pineapple hand grenade that was thrown into the compound. Note the blood on the left side of the plate carrier rear – shrapnel/fragmentation struck in those gaps of armor coverage. This increased the scale of injury as there was no protection in those areas.

Even with Pre-Combat Checks (PCC’s) / Pre-Combat Inspections (PCI’s) of tightening straps and securing them with 100MPH tape, side plate straps would still loosen and pouches/plates would routinely fall below optimal coverage area of vital organs. This would even occur over the duration of a single mission.

Here is a photo of our Boss’s KDH PC. Method Of Injury was an IED tripwire shaped charge. You can see where the top left of the side plate has a large section torn off it – had the side plate attachment system been a more secure solution such as a cummerbund armor system with no gaps in coverage the scale of injury would not have been as severe as it was as the side plate would have positioned higher, covering vital organs.

(Our boss walked to the HLZ post-IED strike. To say he is a stud would be a severe understatement.)

The hastily and shoddily designed and executed aftermarket KDH cummerbund added to the Request For Proposal (RFP) attempted to fix these issues, but it does not perform as well compared to other Commercial Off The Shelf (COTS) solutions. We also did not receive this upgrade during our deployment. Further – there are 58,000 of these armor systems. How much time will it take to retrofit all of them, and at what cost? How much savings (and enhanced Soldier Survivability) would there have been if a better armor system was down selected in the first place? “Do something right the first time.”

Personally – I elected to wear a COTS PC (Tyr LWPC) that had a cummerbund system. This allowed armor coverage without gaps, as well as a superior carriage system for side plates that positioned them optimally for coverage. There was No Value Added for having these gaps in armor coverage. It did not cut down on weight. It did not alleviate thermal loading issues of wearing armor systems. It should never have been adopted as an armor system due to these deficiencies. The MCOE and Program Office ultimately failed in this endeavor. They fielded a less optimal solution that caused a higher scale of injury, and one that led to a subsequent RFP to augment it due to its deficiencies at an increased cost. We need to learn from our mistakes. What can we do better?

1. Better understand armor systems. Maneuverability vs. Protection equation, optimal placement of soft armor and plates, human anatomy and physiology. A large portion of this has to do not with just Soldier Survivability – but Target Engagement. Shot Placement in the real world where desired hit areas are much smaller than USGI targetry (E-Types, Ivan’s.) 2.5D or 3D targetry that will showcase vital areas better so Soldiers can work angles; or at least paper targets in multiple visual planes so Soldiers can do the same.

2. Better write Requirements. We need to draft better requirements for armor systems. In lieu of overall amount of armor coverage, this should have been specified for armor coverage of vital areas, and with no gaps in coverage. 360″-420″ of armor coverage is required if the issues of wearing armor are considered needed (reduced mobility, increased fatigue, thermal loading). Plates need more and better sizing, preferably in reduced weight (Long sizes for taller individuals, XXL and not just XL plates, lighter plates.)

3. Send quality soldiers to Test and Evaluate (T&E) equipment. You will receive better After Action Review, product reviews, and test data if you have an experienced and quality pool of Soldiers that have more of a frame of reference and can articulate that.

Re: ARTICLE: The soldier survivable, the KDH PC

Here are the pictures in case the article ever goes down. 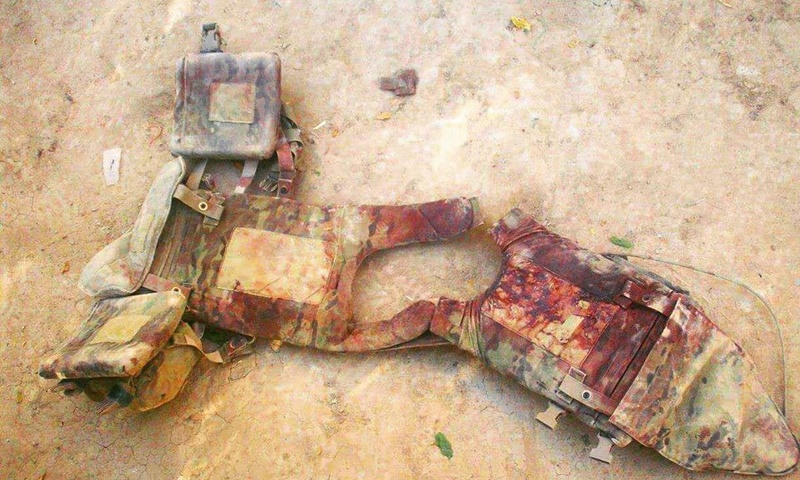 Here is a photo of our teammate and grenadier. 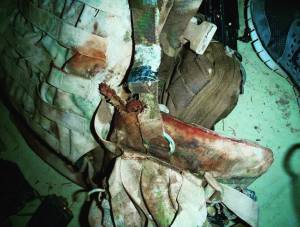 Here is a photo of our Boss’s KDH PC 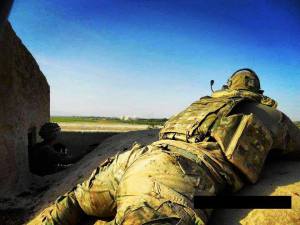 Personally – I elected to wear a COTS PC (Tyr LWPC) that had a cummerbund system.