US MRAPs in Action

US MRAPs in Action

Sorry for this bit of self promotion (and perhaps this would be more appropriate in the Marketplace).

I am FINALLY finished with US MRAPS in Action and Squadron has just published it.   It is available on Amazon currently.

Squadron's description of the book:

In 2006, President George Bush declared it 'priority number one,' to defeat the threat of improvised explosive devices. This volume describes the military's rapid response in developing and deploying mine-resistant ambush-protected vehicles that ultimately overcame the threat of roadside bombs in Iraq and Afghanistan. Presents in detail all the major MRAPs: RG-31s, RG-33s, Cougars, Caimans, MaxxPros and MATVs. Also included are the early deployed M1117 ASVs as well as Husky and Buffalo route-clearance vehicles. Color photography and detailed captions take the mystery out of identifying the myriad US-deployed MRAP vehicles, first deployed in 2006 and continue to protect service men and women. Illustrated with more than 225 photographs

My description of the book:

The variety of MRAPs employed by the US Military is confusing, not only to the casual observer, but to the people who ordered them and the military personnel who operate(d) them!  This book is my attempt to take a bit of mystery out of questions like, "What is the difference between a base model Maxxpro and DASH DXM or Plus?" or "Can someone tell me the difference between an RG-31, RG-31Mk5, RG-31Mk5EM and an RG-33 4x4?"   The photos are mostly US military-supplied with a few from individual soldiers.

I hope that is a useful tool and not filled with too many inaccuracies.  I would welcome any criticisms, corrections or additional MRAP images for future reprints and updates.

Thanks to all who have provided, serviced and utilized these fascinating vehicles.

Out of stock already?! Need to pick it up someday.
jagjetta

I suspect it is just in transit to Amazon. They just came back from the printer this week.

Here is Squadron's link to the soft cover version:

And to the hardback edition:
http://www.squadron.com/US-MRAPs-in-Action-HB-Squadron-Signal-p/ss52054.htm

Both are listed as "IN STOCK" 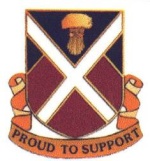 Great book with lots of color photos I never saw before.
Would have like to see more photos of the Huskey maybe a book to that vehicle alone would be great.

Here are some other books about MRAPS:

Thanks Josh for the kind words! And SO astute of you on the Husky...Was working along on the book when an, "Oh Crap!" moment reminded me I hadn't included the Husky! So, had to do some juggling. Also, I have a big hole in my photo collection: No good images of Meerkats and only a handful of Husky images. If anyone has images they can share, I sure would welcome them.

Josh nailed it with the other books available...I can recommend them all, though I haven't seen the Osprey one. My copy is on back-order!