Has this jacket been 'humped'?

The original item description:
" this is a rare (CCU)  close combat uniform in desert camoflage, the combat patch and CIB are Iraqi made. this is a trials and experimental uniform for the ACU uniform. that was tested in 2003/2004. the uniforms were only issued to stryker brigades of the 2nd infantry div and 25th infantry div  in Iraq.  they were only made in 2003/2004 and were never issued to any other units.  they were made in 2 contracts, this uniform is from the first contract. it is size large regular any questions email me,  I also have lots of 5th group special forces uniforms wore in Iraq. no sales out side the USA.  shipping in the lower 48 states USA is $12.00"

I've been eyeing this CCU for the past few days, as I've been looking for a nice, complete CCU for some time - I have a stripped jacket, but as you can see this one is quite nice:

I was very excited about the theater made reversed 2nd ID SSI, and the jacket was complete with name and CIB. But something didn't feel right. First of all, the stitching on the CIB did not match the rest of the jacket. Also, it was obviously sewn on much more recently than the name tapes and rank. Finally, it is a factory made CIB, not a 'THEATER MADE' item. I caught a whiff of something that didn't smell right... 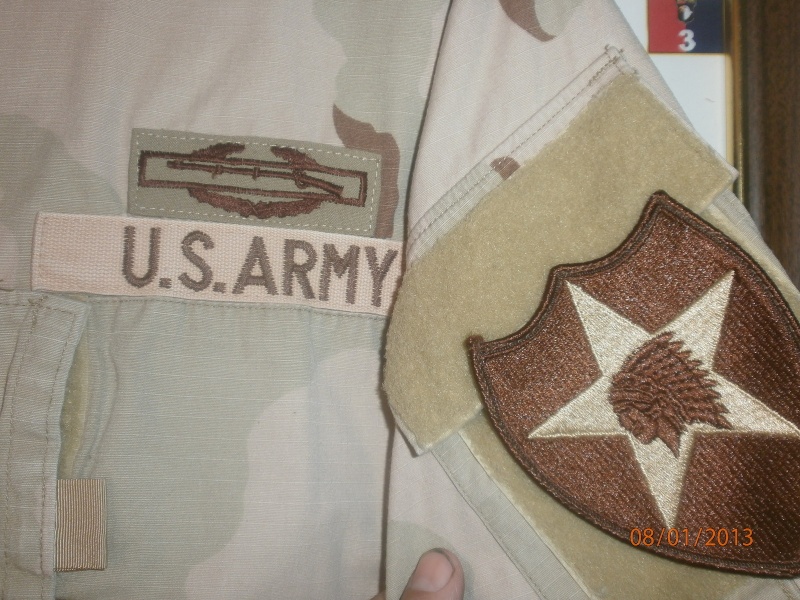 This same seller has sold one *other* CCU recently, but this one patched for the 25th ID. Again, something felt off. IIRC, 25th was not issued the CCU, but only the CU - the second generation coat has front pocket flaps that go all the way down, and no bellow on the shoulder pockets, much more like the ACU. In any case, it again seemed wrong to see a 25th badged CCU. I decided not to bid, until I could determine whether ANY CCUs were used on the 25th rotation...

...and in the process found this image. I can't find where it was first posted, but this specific shot came from a forum member's archive of known, posted CU and CCU jackets. As you can see, the rank, name, and specific cut of DCU three color camo are the same - this is the exact same jacket. BUT, the jacket previously did not have reversed SSI, or a CIB. Someone has tried to inflate the selling price. 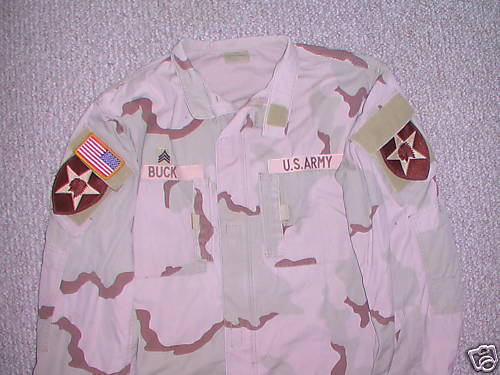 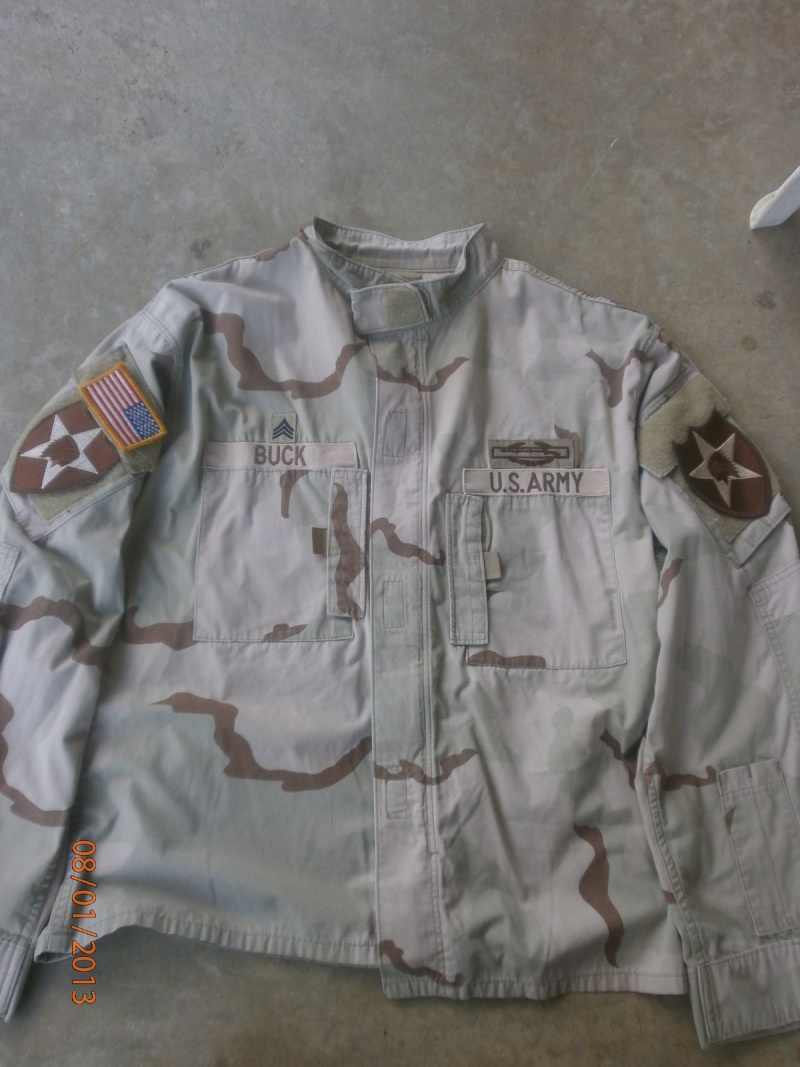 Buyer beware! We already know how quickly our collecting focus has become a minefield. Do your research before buying - I was nearly had by this auction, and it is still ongoing. As far as the seller, I don't believe he/she is registered on this forum, however they did register (but not post) on USMF as of June, 2013. They are active on another militaria forum elsewhere which I will not mention. I do not know if they are willingly misrepresenting this jacket, or just the recipient of a previous bad deal, but I find it interesting that there are two unrelated frauds from the same account. Still, if you are willing to post an explanation for this, I'm sure fellow forum members would be more than willing to hear you out.
Nkomo

Great work, thank you for sharing this with us. You might just save a member allot of money.
Nkomo

aussie digger wrote:Great work, thank you for sharing this with us. You might just save a member allot of money.