I got this flag from a police adviser who was over in Iraq in '05ish. His men busted an insurgent cell built around a corp of old Republican Guard Sunni die-hards. He said this was a bomb-making HQ with a focus on suicide bombers. Anyway, this was taken back as evidence, then discarded so he kept it. He didn't know what it said, but I had it translated by an Iraqi once I took possession of it. It reads: 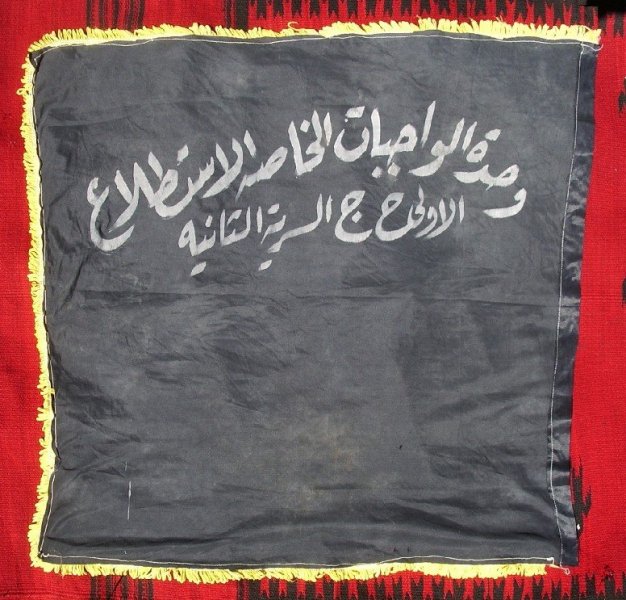 Being new could you please post an introduction about you and your collection in the New Members section please? Thanks Clete