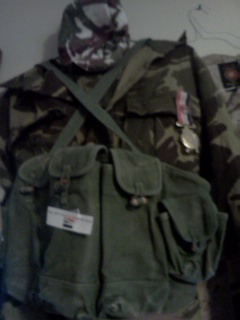 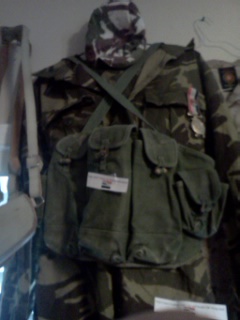 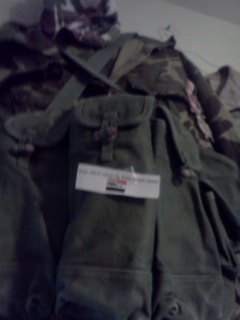 Iraqi Camo Uniform With Hat. I put The medal and chest rig on it. Does anyone know which camo it is?
cybercarnage

This camo is often referred to as 3-Color Woodland Brushstroke pattern.

Here is a little info on this pattern from camopedia (since I can't post links yet):
Following the Persian Gulf War (1st Gulf War), the Iraqi armed forces were severely crippled. The quality of Iraqi uniforms dropped sharply during this time period, with cheaply made local and imported goods replacing the relatively high quality materials of the 1980s. By the time of the Iraq War (2nd Gulf War), many of the older camouflage designs had completely disappeared, being replaced by crudely printed copies of the earlier designs. These uniforms were encountered among Republican Guard and airborne units during the initial phases of the invasion.

Thanks! So does it make it a rare camo? Because I saw the hat on ebay and the seller said he got it from an air base that was used by the special republican guards.
cybercarnage

Iraqi camo is generally uncommon to begin with so I'd say yes. I know of a few people who have the pattern but it isn't the rarest and it isn't the most common. I would definitely say the Republican Guard used it, but I'm not sure about the SRG. They were from what I gathered Saddam's personal defense force so I would guess they had higher quality stuff. Not dissing your stuff, just saying I think they would have got the better made uniforms. It's definitely a nice pattern, I'd keep it.
mondo_fondo