Afghanistan National Army (ANA) Special Forces insignia for their troops at Tarin Kowt. Located in southern Afghanistan, Tarin Koht is the capital of Uruzgan province. These ANA forces were trained and advised by US Special Forces operating from nearby FOB Ripley. This area and operations conducted nearby are discussed in detail within Eric Blehm's outstanding book The Only Thing Worth Dying For. The insignia was locally designed and later professionally produced and distributed. 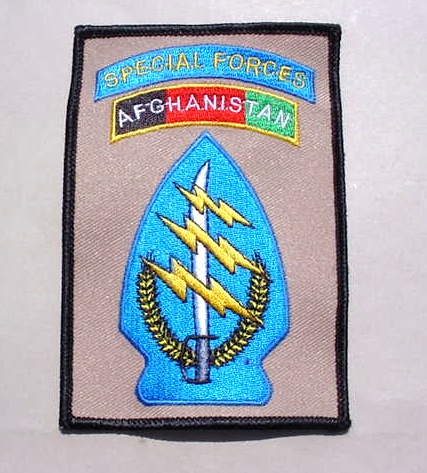 "Choosing to die resisting rather than live submitting they fled only from dishonor and to meet danger face to face." - Lieutenant General John F. Mulholland Jr, USASOC Fallen Soldiers' Memorial Ceremony, 25 May 2012.