These are a PSYOP Product made by POTF-IZ in 2008-2009, in support of the Iraqi Security Forces. I had completely forgotten about these until I rediscovered them in a box in my parents attic earlier this week.. I'll work on a translation later today.

The toys/figurines feature 'good guys' and 'bad guys'. The enemy figures include dead and flex-cuffed fighters in defeatist poses, with minimal/old equipment. The Iraqi Security Forces feature modern technology (electronic tablets, weapons with accessories) and in victorious and fighting poses.. 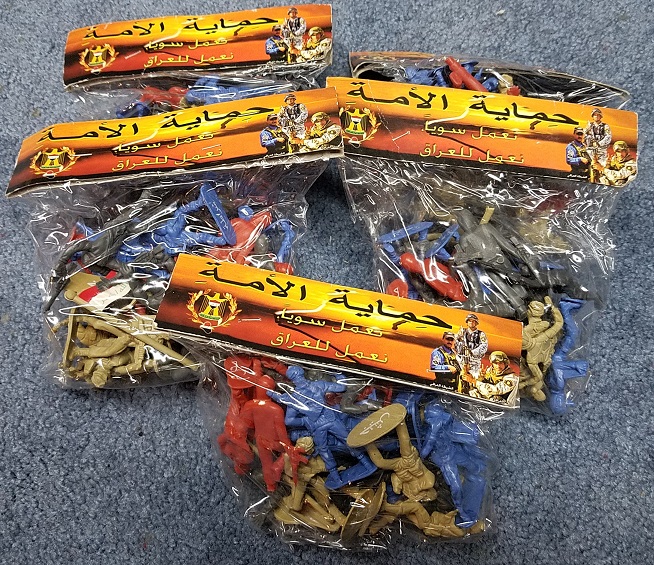 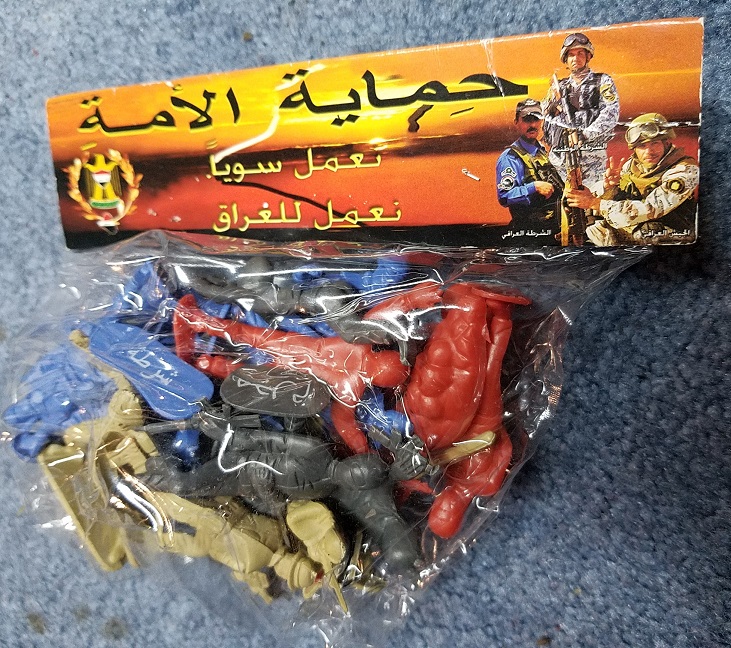 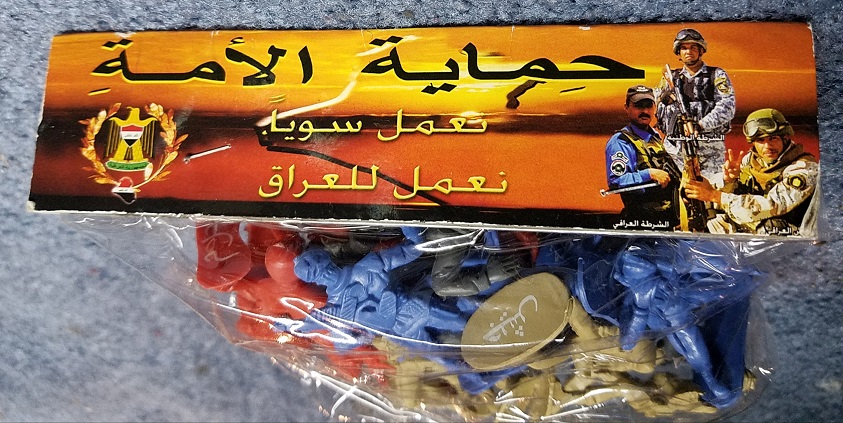 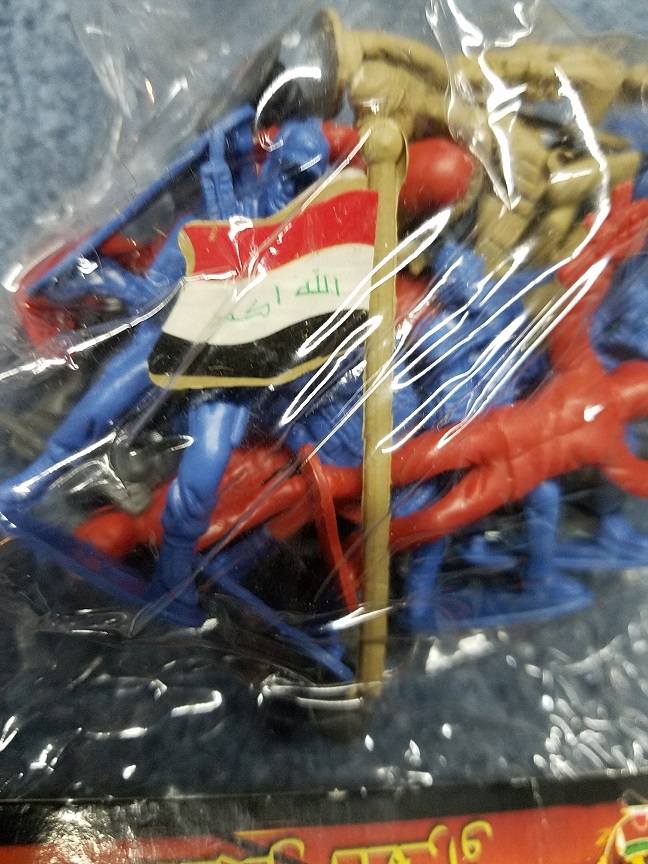 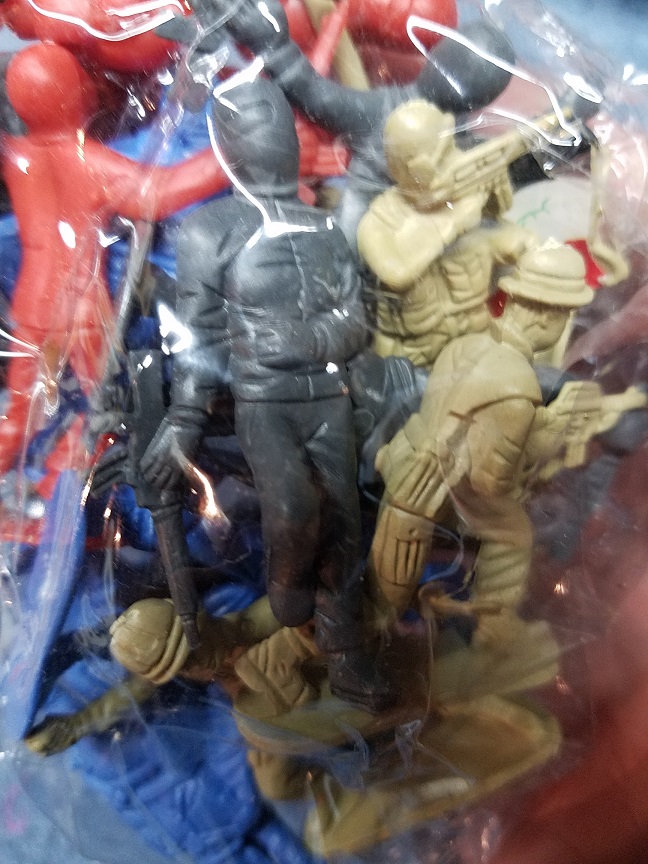 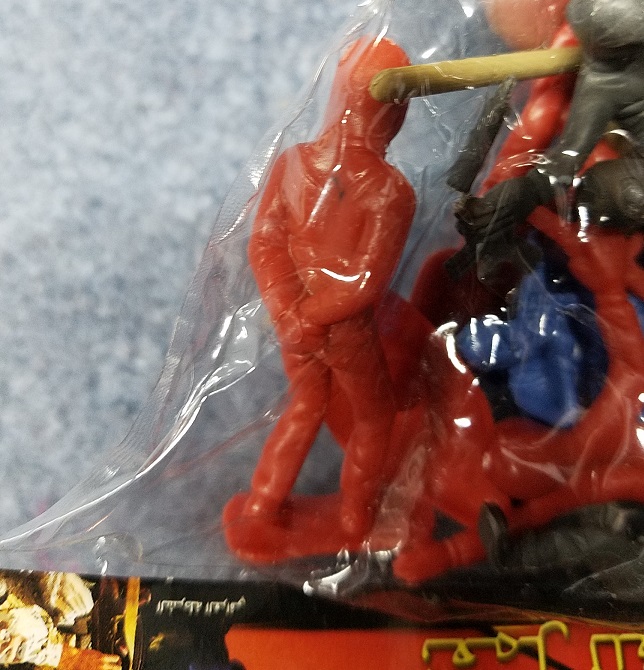