When U.S. soldiers wanted a way to handle heavy machine guns and ammunition alone in the heat of battle, they found inspiration in the mini-gun backpacks of the 1987 film "Predator" and built do-it-yourself ammo carriers. Their battlefield invention has since undergone official Army development and testing among several units deployed in Afghanistan.

The "Ironman" pack allows a single machine gunner to carry and fire up to 500 rounds of ammunition in combat without pausing to reload. The Army originally meant for crews of two or three soldiers to fire and reload the M240 machine gun, but some Army machine gunners in Afghanistan have ended up struggling to do everything alone and reloading every 50 or 100 rounds — raising the risk of the weapon jamming and cutting back on the rate of support fire for fellow soldiers.

"As a single gunner, that's lead on target for 500 continuous rounds of ammunition fired in bursts," said Sam Newland, Quick Reaction coordinator for the U.S. Army's Natick Soldier Research Development and Engineering Center. "It just made it more efficient for an individual gunner to execute his mission in that way." 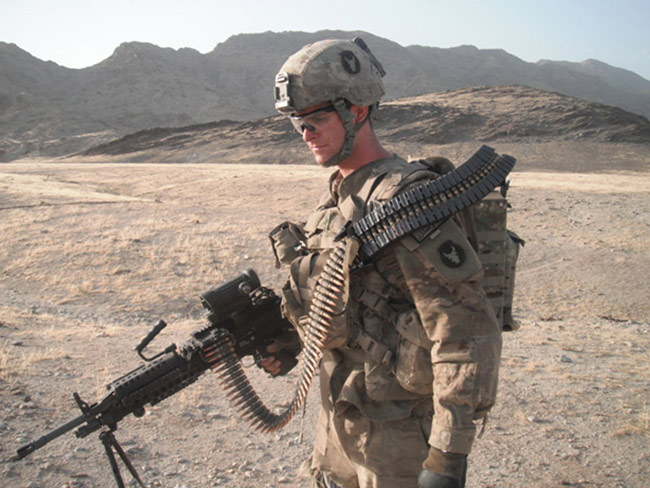 The idea first came from an Iowa National Guard unit that was discussing the machine gunners' troubles in the aftermath of a two and a half hour firefight in 2011. One soldier, Staff Sgt. Vincent Winkowski, decided to put together the do-it-yourself pack after another soldier mentioned the mini-gun ammunition carrier worn by actor Jesse Ventura in "Predator," according to Soldiers magazine. The device even got its first trial-by-fire in an ambush on Feb. 26, 2011. 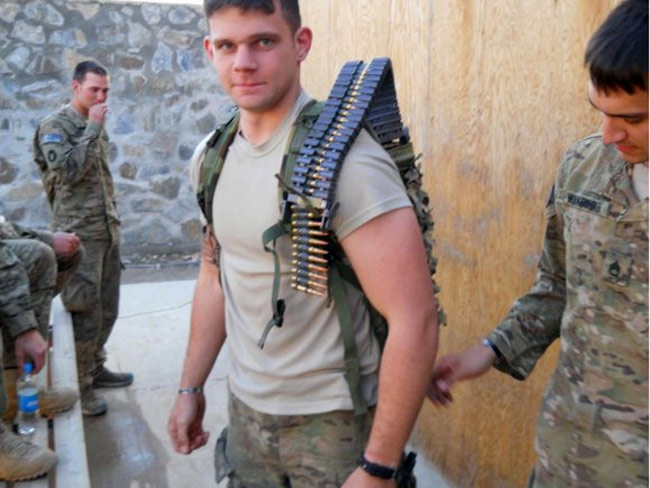 "It started out as a DIY project, because soldiers on the battlefield needed a capability based on changes in the way they operated," Newland told InnovationNewsDaily. "As a result of that, they built it themselves with legacy equipment."

The soldiers cobbled together their backpack based on an ALICE carrying frame, two old ammunition cans, and an ammunition feed chute taken from a CROWS vehicle turret. Cords, glue and duct tape held everything together.

Once Newland and Natick's Quick Reaction Cell heard about the battlefield invention, they worked with other military agencies to make the device into something that could become official Army gear. They exchanged the original tin metal carrier for lighter polycarbonate plastic that costs less to produce, and conducted two live-fire tests before sending out 21 of the carriers for battlefield testing in Afghanistan.

The Army has yet to say when the devices could get official approval. But news has spread fast among the troops — soldiers voted it one of the Army's best inventions of 2011.

"Every time someone sees it, they want to get their hands on one," said John Harlow, information officer for Natick.

Here's a link that doesn't track you like an animal: http://www.livescience.com/20349-soldiers-predator-machine-gun.html
JKin

oh god, this is simply amazing. There're creator who look too many films...hahahaha...but well $4000 for a backpack is just so cheap

I love how well they know their product (or English).

. . and isn't a feed chute and a "weapons feed attachment" the same thing? 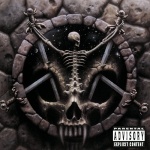 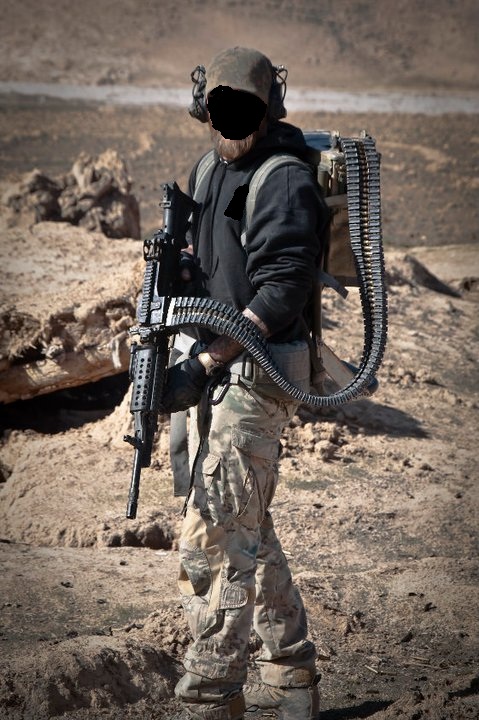 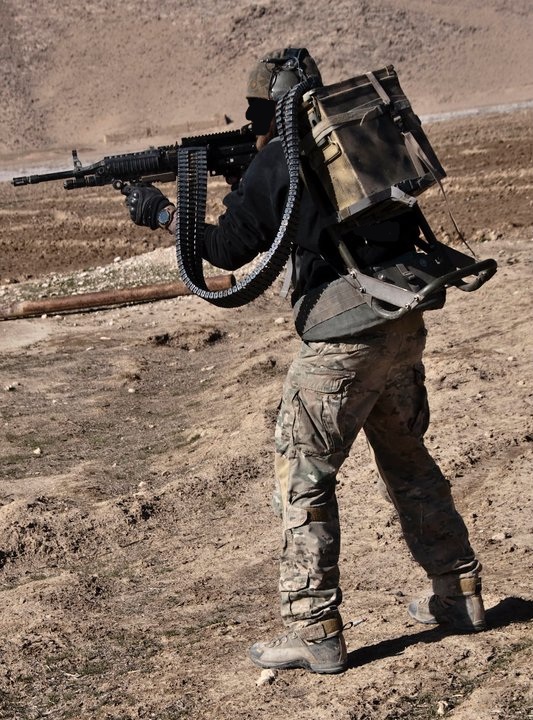