1. A Different Kind of War: The US Army in Operation Enduring Freedom, October 2001 – September 2005

After the books on point of OIF, here's the book consacred to Enduring Freedom (since 2001 to 2005). It is army study and public release in pdf at this website :

A Different Kind of War is the US Army’s preliminary history of its campaign in Afghanistan between October 2001 and September 2005. Based on hundreds of oral interviews and unclassified documents, this study offers a comprehensive chronological narrative of the first four years of Operation Enduring Freedom. A Different Kind of War tells the story of how the Coalition planned the campaign against the Taliban regime and then used its military forces to overthrow that regime in 2001. The study then focuses on the Army’s lead role in the campaign that evolved after the establishment of a new government for Afghanistan in 2002. As this work shows, that new campaign slowly evolved into a broad counterinsurgency effort that featured combat operations, reconstruction projects, and training programs for a new Afghan Army. A Different Kind of War closes with a discussion of key historical insights from this period of military operations in Afghanistan.

For interested persons about Afghanistan conflict...they speak about everything, hunting of Al-Qaeda, insertion of ODA, ground troops operations,...

For person who like Afghanistan conflict, or Special Forces related books, here's one more ;

THE ONLY THING WORTH DYING FOR - write by Eric Blehm

There's also a website about this book, and there're many pictures shown there ; http://www.onlythingworthdyingfor.com/photos.php

And here's the description of the book from the website :

"THE ONLY THING WORTH DYING FOR reveals, for the first time, the astonishing true story of the Special Forces A-team that helped conquer the Taliban in southern Afghanistan, and bring Hamid Karzai to power. In powerfully simple prose, Eric Blehm weaves together the unbelievable chain of events that intimately expose the realities of modern unconventional warfare and international politics during the critical months after the September 11, 2001, attacks on the United States. Following Captain Jason Amerine and his ten Green Berets, Blehm puts the reader on the ground alongside Hamid Karzai and his guerrillas as the men of two very different worlds unite to seek a reckoning for the horrors haunting both of their nations…

On a moonless November night, five Blackhawk helicopters infiltrate southern Afghanistan, dropping Special Forces A-Team—ODA 574—deep behind enemy lines in the mountains of Uruzgan. It is just weeks after 9/11, and the U.S. military, aided by the armies of the Northern Alliance, are routing Taliban forces hundreds of miles to the north. But here in the Pashtun tribal belt—the Taliban’s own backyard—Amerine and his men are on a seemingly impossible mission: to destroy the Taliban from within and prevent a civil war from consuming the country. Armed only with the equipment they can carry on their backs, shockingly scant intelligence, and their mastery of guerrilla warfare, ODA 574 must somehow foment a tribal revolt and force the Taliban to surrender. This lone team of Green Berets has just one ally: Hamid Karzai, a little-known Pashtun statesman who has returned from exile and is being hunted by the Taliban.

While Karzai attempts to raise a militia, the men of ODA-574 find themselves outnumbered against a ruthless Taliban force. They are in a land where respect is earned at gunpoint, and Karzai’s practiced diplomacy needs the credibility of a warrior in order to unite the Pashtun and build his army. That respect will only come from defeating the Taliban in battle. As ODA 574 contends with a patriot’s quixotic dream, a CIA case officer’s murky agenda, and a higher command that refuses to follow its own rules, Amerine and his men take up position in a small town that has just hanged its Taliban provincial governor, ready to defend it against a thousand enemy fighters who are on their way to kill them.

THE ONLY THING WORTH DYING FOR chronicles the planning, the battles, and every step of what was arguably the most important mission in the early days of the Global War on Terror, when the men on the ground knew little about the enemy—and their commanders in Washington knew even less.

With unprecedented access to surviving members of ODA 574, Special Operations soldiers and airmen, key commanders and war planners, and Karzai himself, Blehm cuts through the noise of high-level politicians, spies, and generals in Washington, D.C., to narrate the muddy-boots effort that helped install Karzai—then an obscure statesman—as the leader of Afghanistan’s transitional government, the stepping stone from which he became the country’s first democratically elected president. THE ONLY THING WORTH DYING FOR is the tale of ODA 574, a team of highly trained soldiers who carried out the most politically significant mission from Operation Enduring Freedom. It’s the story of uncommon bravery and, ultimately, terrible sacrifice, with consequences that continue to shape the future of the region today."
_________________
"As you know, you go to war with the Army you have. They're not the Army you might want or wish to have at a later time. You can have all the armor in the world on a tank and it can (still) be blown up..." - Donald Rumsfeld (Camp Buehring, KU - Dec. 8, 2004)

"The Only Thing Worth Dying For" is an EXCELLENT read and is highly recommended for anyone interest in USSF.
Nkomo

"Operation Dark Heart exposes the good and bad of combat operations the U.S. Government does not want uncovered. Dark Heart highlights how a committed and innovative small group of experts can produce results despite operating in an often dis-functional system. The account given by Tony Shaffer of how things worked in Afghanistan and in Washington give a whole new insight to the soldiers doing the fighting and a top heavy bureaucracy that impedes mission execution on the ground and consequently hinders overall mission effectiveness." 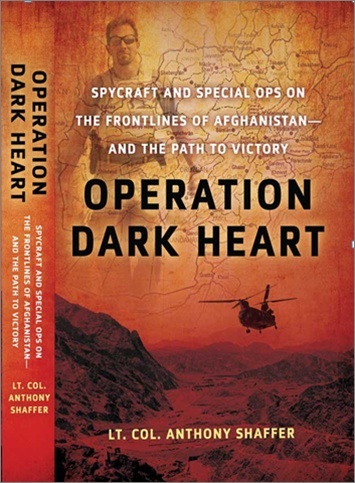 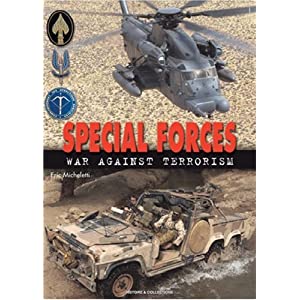 I just finished this one over the the long weekend. It is an outstanding read. Not only for the story it tells of DEVGRU Operator Adam Lee Brown's service but of his tremendous spirit, faith, and as the title says undaunted courage. Truly a remarkable man and soldier who conquered not only his own personal demons but positively inspired others. Brown was a member of DEVGRU Gold Team and the author interviewed many of the operators he served with. Tragically, many of the men interviewed were killed in action on 6 August 2011 when Taliban insurgents downed their CH47 in Wardack Province, Afghanistan.

Eric Blehm is also the author of Something Worth Dying For which is discussed above. I heartily recommend this book to anyone with an interest in NSW/SEAL operations, the war in Afghanistan, or the power of the human spirit. Inspiring is an understatement.

"Choosing to die resisting rather than live submitting they fled only from dishonor and to meet danger face to face." - Lieutenant General John F. Mulholland Jr, USASOC Fallen Soldiers' Memorial Ceremony, 25 May 2012.
kriegsmodell

Gentleman Bastards - On The Ground in Afghanistan with America's Elite Special Forces, by Kevin Maurer. 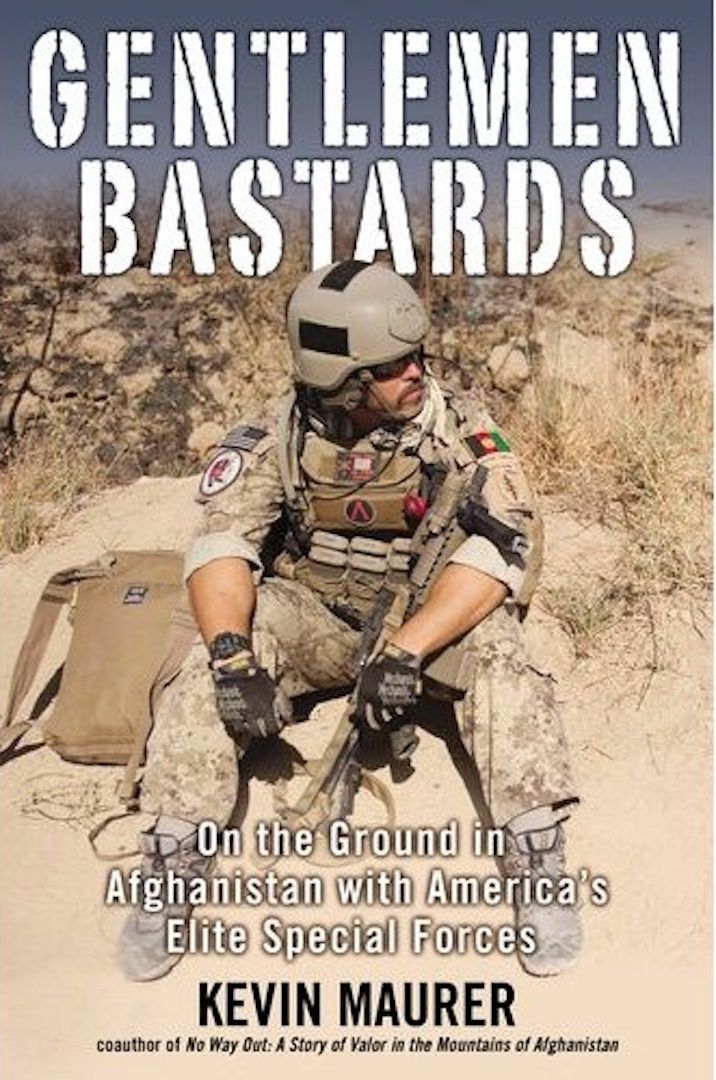 An account by Kevin Maurer of his time embedded with US Special Forces ODA-7316 in Kandahar Province, Afghanistan. The book has received less than stellar reviews so I must be in the minority because I liked it. Although it is not an action packed narrative of a battle or campaign it is an excellent account of a Special Forces A Team in one of their primary roles; advising, training, and leading foreign troops. I found it to be interesting and informative. Not what some might have expected from Maurer based on his previous works which include Valleys of Death, Lions of Kandahar and No Way Out. My thoughts only ....

"Choosing to die resisting rather than live submitting they fled only from dishonor and to meet danger face to face." - Lieutenant General John F. Mulholland Jr, USASOC Fallen Soldiers' Memorial Ceremony, 25 May 2012.
P-E

No Easy Day: The Firsthand Account of the Mission That Killed Osama Bin Laden (translated in French under the title "Ce jour-là") by Mark Owen and Kevin Maurer 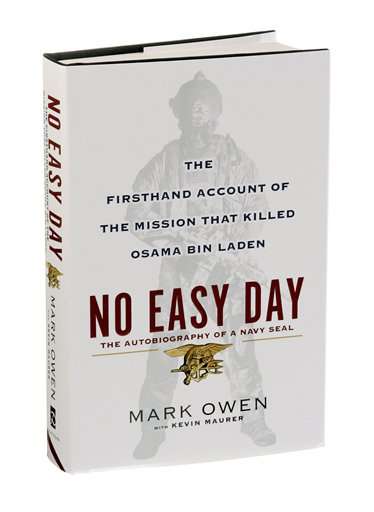 Description from Amazon.com : "For the first time anywhere, the first-person account of the planning and execution of the Bin Laden raid from a Navy Seal who confronted the terrorist mastermind and witnessed his final moment

From the streets of Iraq to the rescue of Captain Richard Phillips in the Indian Ocean, and from the mountaintops of Afghanistan to the third floor of Osama Bin Laden’s compound, operator Mark Owen of the U.S. Naval Special Warfare Development Group — commonly known as SEAL Team Six — has been a part of some of the most memorable special operations in history, as well as countless missions that never made headlines.

No Easy Day puts readers alongside Owen and the other handpicked members of the twenty-four-man team as they train for the biggest mission of their lives. The blow-by-blow narrative of the assault, beginning with the helicopter crash that could have ended Owen’s life straight through to the radio call confirming Bin Laden’s death, is an essential piece of modern history.

In No Easy Day, Owen also takes readers onto the field of battle in America’s ongoing War on Terror and details the selection and training process for one of the most elite units in the military. Owen’s story draws on his youth in Alaska and describes the SEALs’ quest to challenge themselves at the highest levels of physical and mental endurance. With boots-on-the-ground detail, Owen describes numerous previously unreported missions that illustrate the life and work of a SEAL and the evolution of the team after the events of September 11. In telling the true story of the SEALs whose talents, skills, experiences, and exceptional sacrifices led to one of the greatest victories in the War on Terror, Mark Owen honors the men who risk everything for our country, and he leaves readers with a deep understanding of the warriors who keep America safe."
_________________
"As you know, you go to war with the Army you have. They're not the Army you might want or wish to have at a later time. You can have all the armor in the world on a tank and it can (still) be blown up..." - Donald Rumsfeld (Camp Buehring, KU - Dec. 8, 2004)