Putting My 'Man Cave' Together - Pt 2

Putting My 'Man Cave' Together - Pt 2

Its taken me several years of procrastination, however I've started to finally pull some of my personal military history items out of storage and identify certain pieces to put up in my "man cave" at home.

I retired in '08 and worked for a time as a defense contractor.  While I was in Afghanistan in '11 my wife cleared out my home office (which had sort of become a storage room), painted the walls, put up curtains and bought some nice used office furniture, which included a nice desk, book shelves and a leather recliner!

I'm slowly getting around to putting up items that I like.

My father was also career U.S. Army.  In '73 he returned from Vietnam and gave me a helmet (has some small grenade shrapnel holes through it).  I eventually ended up with several other items he had brought home and stored away, which include some cool Vietnam souvenir patches, money and a PSYOP leaflet.

I brought home several Iraqi items from Desert Storm in '91, as well as from Iraq '05-'07, which also included helmets, souvenir patches, money and PSYOP leaflets.

Here's what I put up on my office wall today:


My father's and my enemy bring-back helmets - 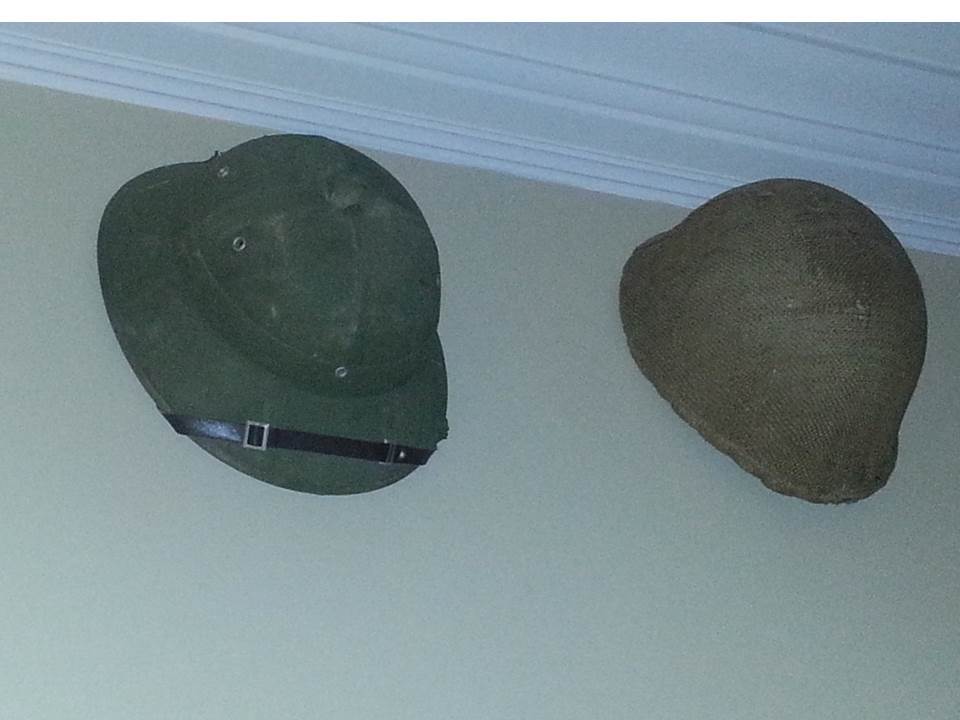 
My father's souvenir items from Vietnam - 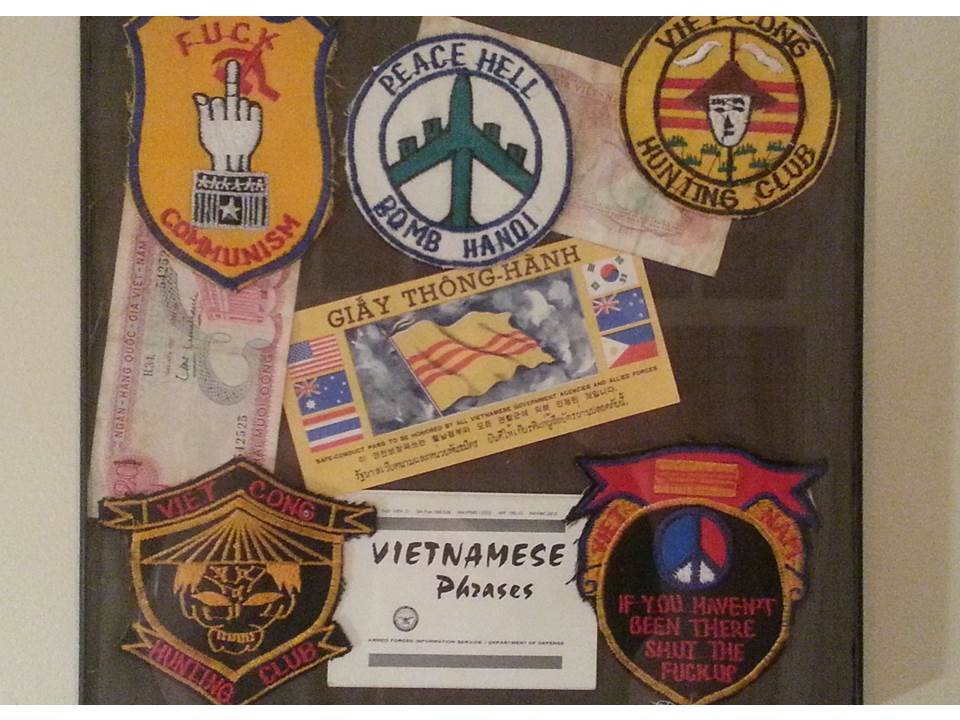 
My souvenir items from Gulf War One and Iraqi Freedom - 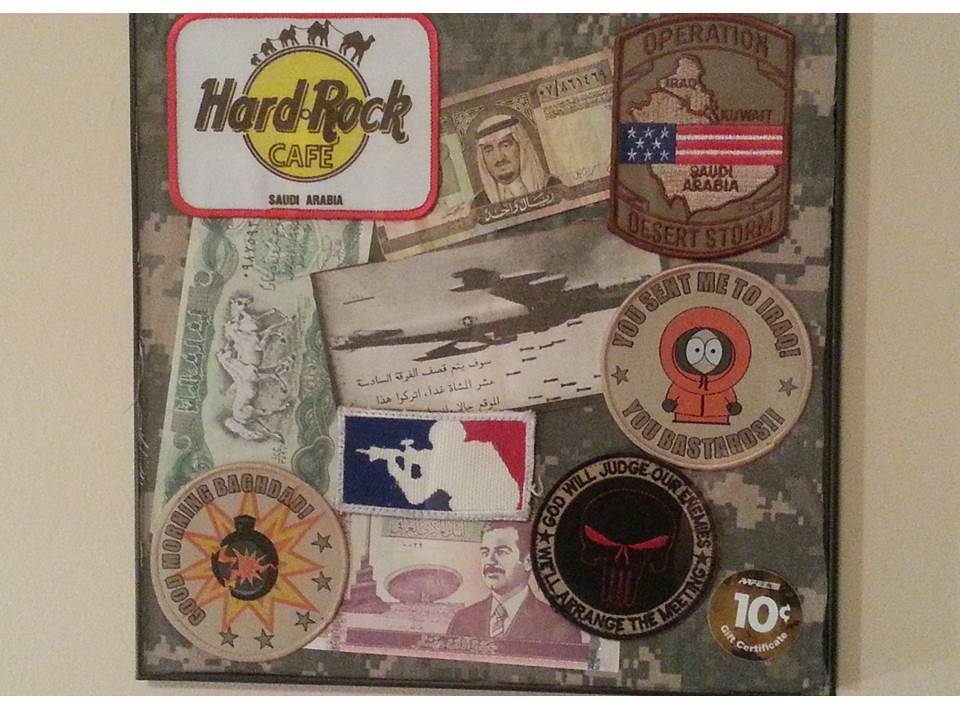 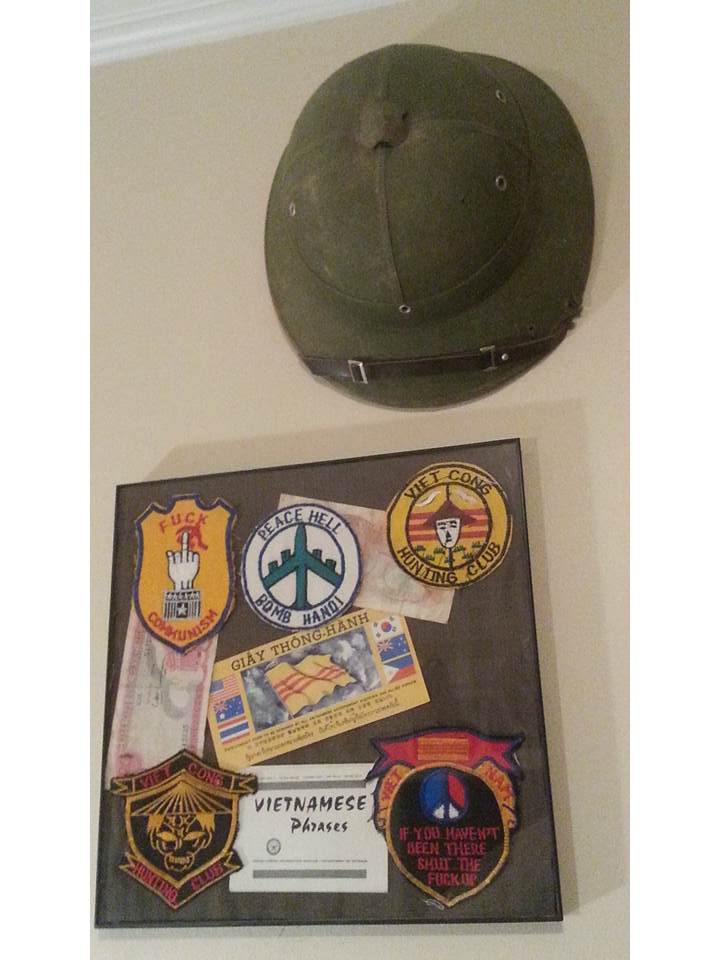 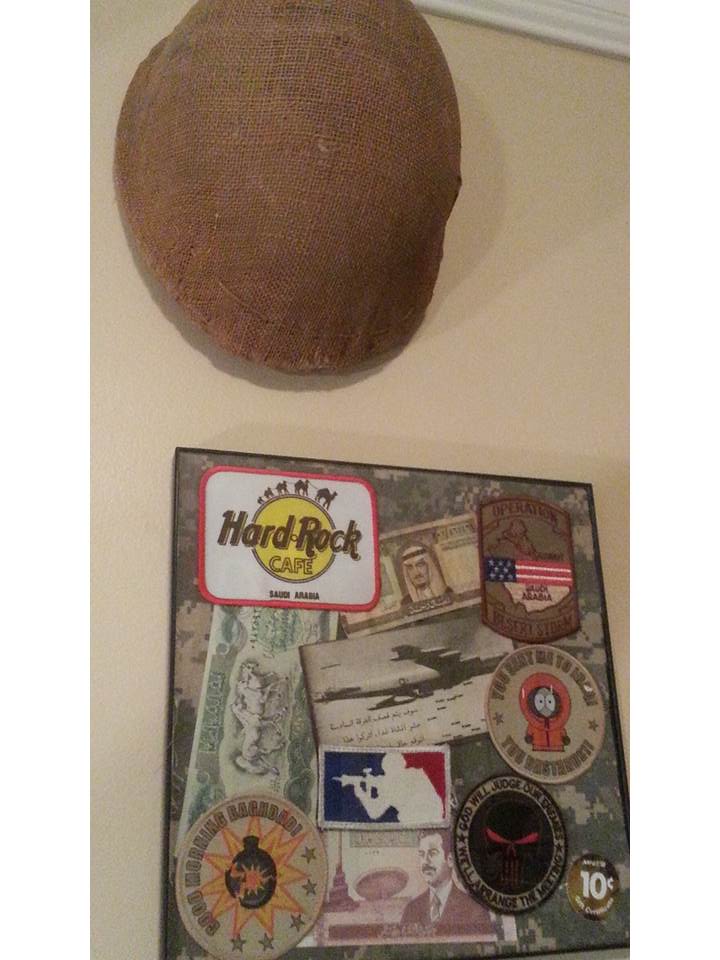 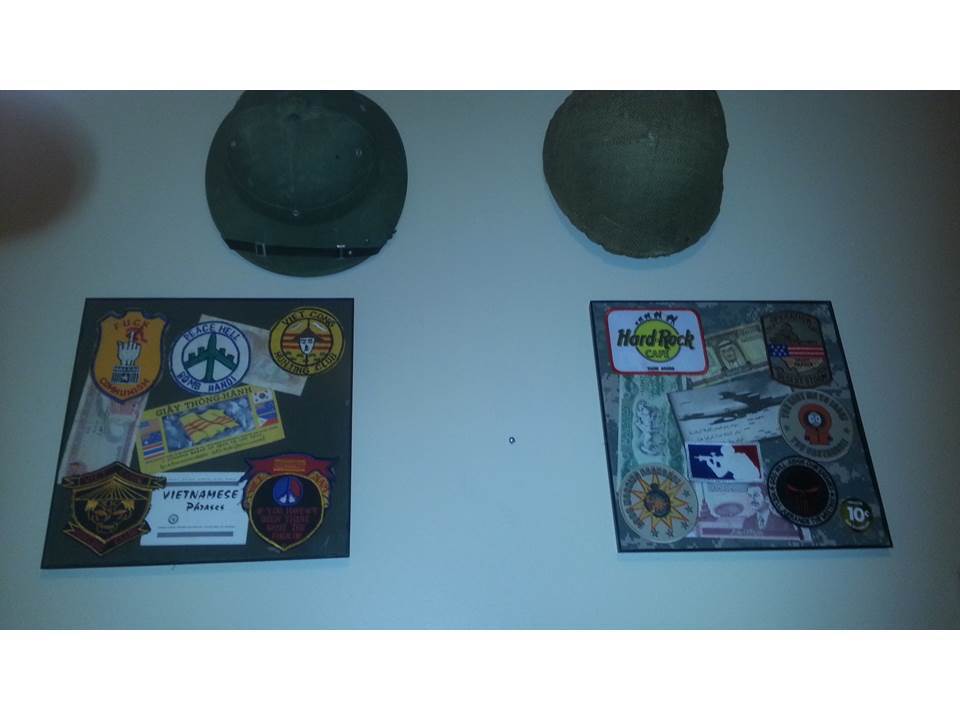 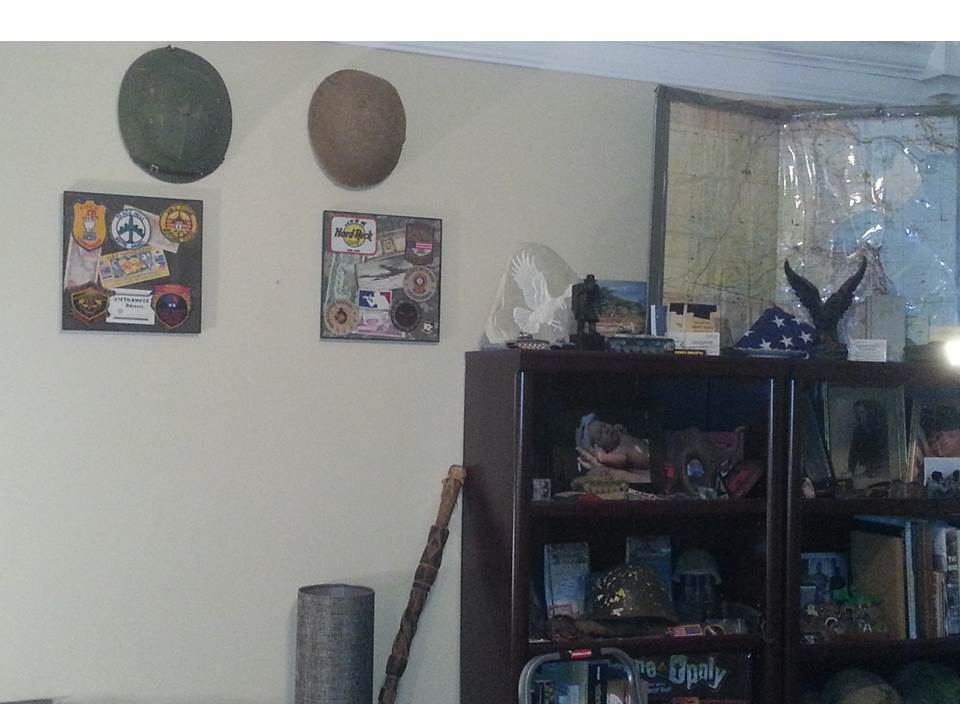 Awesome! I have that same "F" Communism patch. One of my favorites! Mark
Grey Marine82

Putting your man cave together is a continuous project! Thanks for sharing!
Sponsored content

» Cave Chess
» ITS A CHRISTMAS MIRACLE (SCREW U IM NOT PUTTING THE DATE)
» Putting items on the wish list
» Visit Sunshine Shore Cave
» The Iceman's Toy Cave
Current date/time is Sun Mar 07, 2021 7:44 am