I've managed to run across another bugger of a garment. This one is a Tru-Spec jungle jacket, with docked sleeves, and epaulets, a name, a flag, two shadows with red stitching, and the logo "HWME."

This just breaks Google in half, since "HWME" is so close to "HOME," and "HOME DEFENSE" and "HOME CONTRACTOR" just bring back loads of intel on shotguns and renovations of both shotguns and homes.

I realize that the process of research is a pain, and I'm not asking for anyone to sort this out for me-- but if any of you happens to know anything about who HWME is... I would be most obliged.: 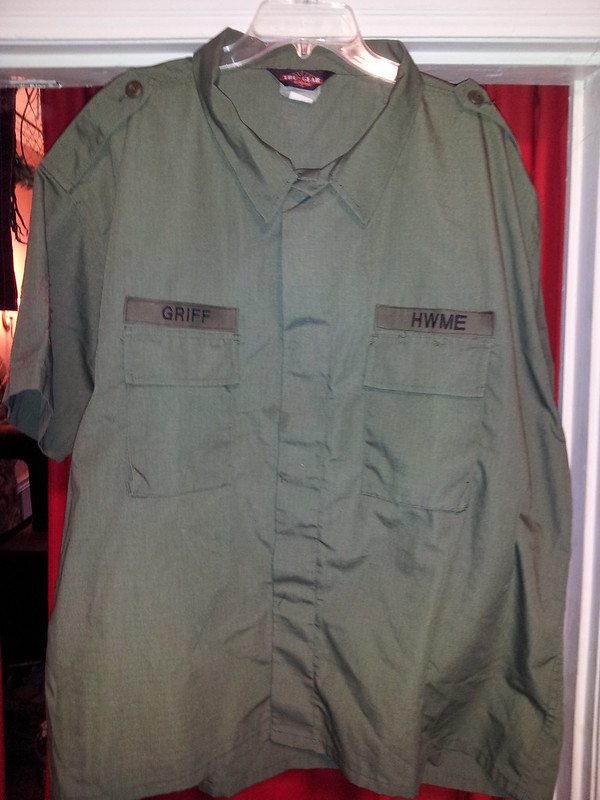 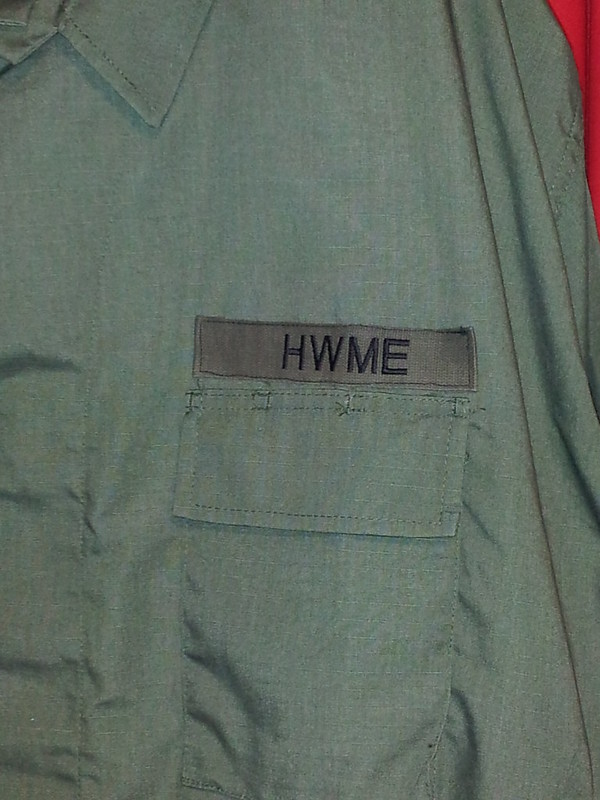 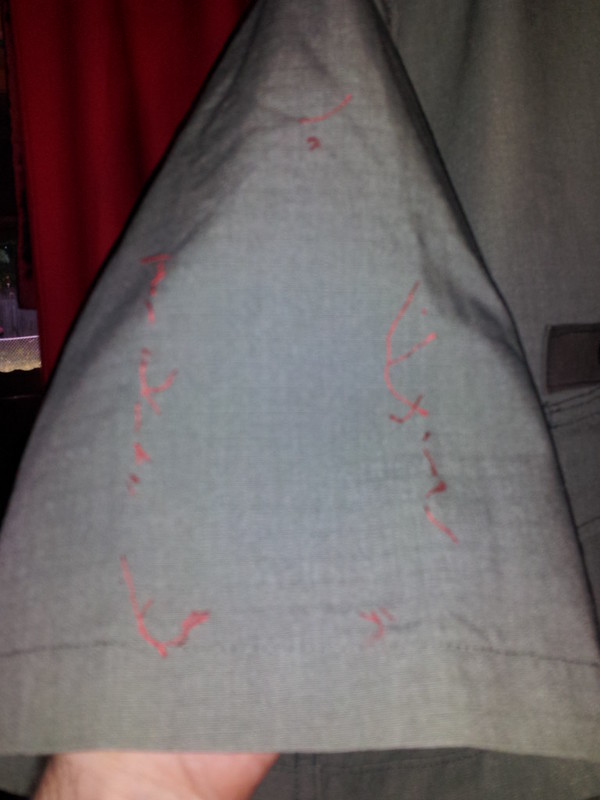 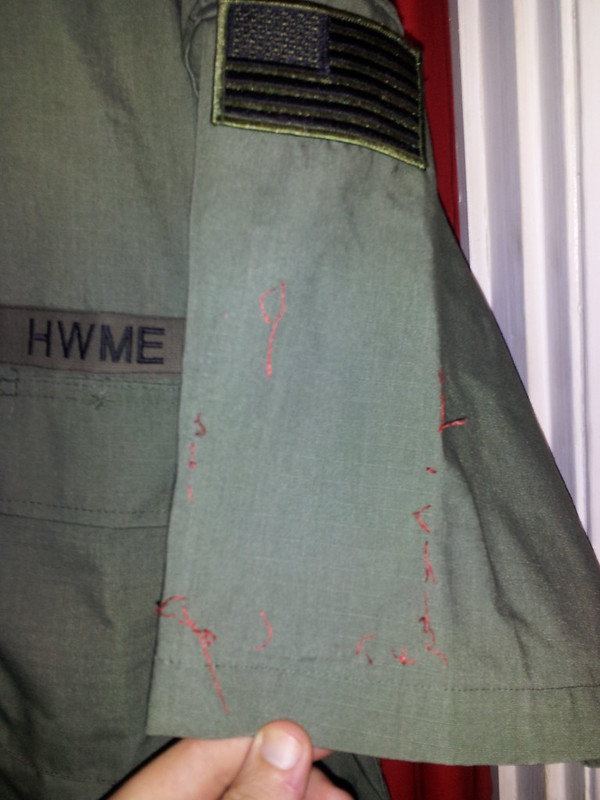 Only thing I found was Hall for Workshop of Metasynthetic Engineering (computer science methodology).

Found it on this site:

"Here is a little more I found on it:
HWME Design for Remote Technical Support of Radar Equipment
MA Ming-quan,SHENG Wen,NIE Tao,ZHANG Wei(Department of Land-based Early Warning Surveillance Equiment,AFRA,Wuhan 430019,China)
RTS of equipment is studied for the first time in context of open complex Giant System(OCGS)theory,and its methodology that is hall for workshop of meta-synthetic engineering(HWME)system is used to solve problems occurred at present,and tried to construct the remote technical support(RTS)of radar equipment as a man-machine cooperation and mainly depending on man intelligence HWME.This paper suggests a distributed net environment of three-layer,and described components and functions of each layer.And we provided a MAS organization model,then presented a HWME system model based on multi-agent and B/S,and described functions and realization methods of the model.
【Key Words】： radar equipment RTS OCGS HWME
Nkomo

Is this jacket OEF/OIF related?

--I *think* that it relates to OGC, but I am not certain. That's why I asked.
sh4pka

--Sorry, to clarify-- we get a lot of oddballs around here, because this is Contractor Central. Most of it does relate to OIF/OEF. If I were to show you my own Contractor stuff from the end of the war, you'd laugh. I worked for the cheapest, worst defense contractors in the world, but we still had to adhere to OPSEC, we still had to pass DOD background checks, and we still had *real soldiers* come up and thank us for what we were doing, and-- and we were still involved in the war. My own personal hardhat is made of blue plastic, but it is as much a war relic as an unissued, unused, NOS MICH-- perhaps more so, because I was "fighting terror" when I wore it.

Sometimes, it is hard to tell. If it said "BATF," or like... "Kung-Fu Grip K-9" I wouldn't ask, I would know for certain that it was inappropriate. I was asking if anyone else in the community knew about something that I was uncertain about. If you'd prefer I didn't ask questions, I'll be happy to just stay quiet.

Not everyone can be a shooter.
Mercenary25

Just asking because it is not my field of expertise. I saw many contractor DCU's but never OD green uniforms.
asianairborne 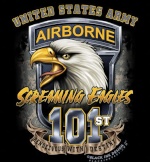 Nice top. How did you pick it up?
Sponsored content