DPCU- Disruptive Pattern Camouflage Uniform (also called Auscam, Austcam, Ozcam, DPU or DPCU) is a five-colour military camouflage pattern used by the Australian military. It was developed and trialled during the late 1970s and early 1980s. Its name and initials DPC, DPU or DPCU should not be confused with "DPM" (Disruptive Pattern Material), a British pattern of camouflage.

The first uniforms using the disruptive pattern camouflage (called Disruptive Pattern Camouflage Uniform – DPCU) were issued in 1983 for test purposes. In 1986 the final production version was introduced with a number of changes. It is influenced partly by early US Jungle Camouflage patterns, such as "Duck Hunter"/"Frog-Skin". DPCU was developed following aerial photographs of the Australian terrain to determine which colours and patterns would be most suitable for camouflage uniforms.

The five colour pattern consists of a greenish sand coloured background with randomly arranged spots of light brown, red-brown, dark green and medium green overlaid. The standard DPCU works in areas from arid bushland through to tropical jungle all over Australia 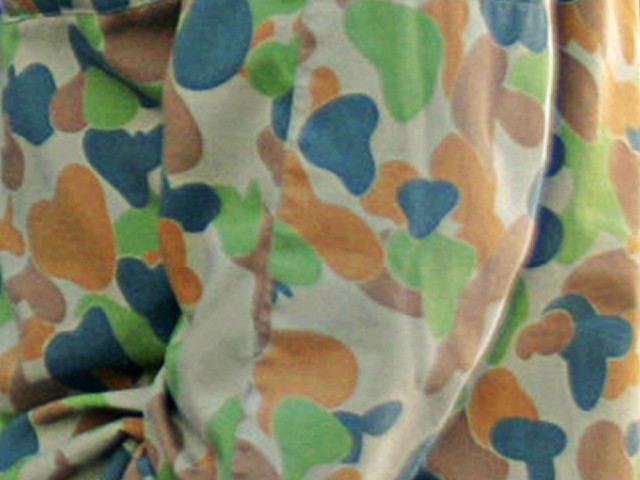